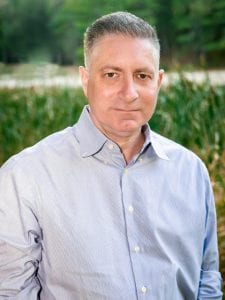 In fact, researchers who asked educators to define critical thinking found that not one out of thirty could provide “a clear idea of critical thinking,” and could instead only offer “a dog’s breakfast” definition—a hodgepodge of miscellaneous terms and catch phrases like those listed above.[i]  Worse, other research into the critical thinking’s lexical soup demonstrates that even if everyone can agree that it involves a particular act, e.g., analysis, few people can effectively define analysis, and two or more people will typically arrive at competing definitions for it.

In one sense, we should marvel at the fact that hard critical thinking defies easy definitions.  Its elusiveness is a testament to our complex brains, which, with 86-billion neurons, have devised everything from spears to sonnets to cell phones. In fact, critical thinking might be so inconceivably complex that we can’t even think critically enough understand it.  It’s just possible that, in Ian Stewart’s words, “if our brains were simple enough for us to understand them, we’d be so simple that we couldn’t.”

Yet, in another sense, if we cannot understand what critical thinking is, then we also cannot develop it, much less teach it.  Therefore, it is absolutely imperative that we find not just functional but productive ways to define critical thinking.  And that is possible.  Though I cannot in this limited arena explain the model that my colleague I employ in our consulting work, I can nevertheless give you a good sense of how to start thinking about critical thinking.

To understand critical thinking, we first need to move away from the high-minded rhetoric with which we started.  Though eventually useful, terms like analysis or problem solving will only initially trap us in the lexical soup.  At its root, critical thinking is not the lofty skill of Albert Einstein and Emily Dickinson, but the primal skill of the mouse, the ant, and the paramecium. At its core, critical thinking is performed by all animal organisms, and it is an act so deeply embedded in our brains that we cannot help but do it all the time.  In fact, we need to do it, and I’ll come back to this point soon. But for now, and though it might seem like an oversimplification, critical thinking is, at its core, a binary survival mechanism: it is the act of deciding away from danger and deciding toward reward.

Take some time to observe that simple mechanism play out in your friends and colleagues.  When you see them advocating for this or that in the meeting, or deciding what to have for lunch, or seeing with whom the socialize and how, pierce those psycho-social veils to see what is really happening: they are deciding away from danger, and they are deciding toward reward. (That doesn’t always make for good decisions; it’s just the decision mechanism.)

Though easy to observe when your colleague orders lunch, how does that same binary mechanism apply to abstract thinking.  How is the physicist pondering gravitational fields engaging in that same binary act?  It’s really very simple.  As I said, thinking is so evolutionarily baked into us that our brains need to think, and they hate feeling confused.  Our brains perceive confusion as danger because uncertainty imperils survival.  Who knows, after all, what dangers lurks in the dark of night, if not the dark of the unknown.

To resolve the discomfort of uncertainty, our brains always seek the comfort of answers, and coming to answers actually has positive physiological effects on us. That physical wave of relief you felt after you finally remembered that thing that had been gnawing at you is an example of your brain transitioning from the displeasure of confusion to the pleasure of an answer.  It was your brain deciding away from danger and deciding toward reward.  And it is why physicists, poets, philosophers, mechanics, executives, and everyone else engages in abstract thinking: Once confronted with an interesting question, our brains need to find that answer.

If you disagree with anything in this piece, if you find yourself with different ideas about thinking, then you might perceive your brain doing exactly what I just described.  Faced with something about which it is uncertain—such as the definition of critical thinking offered here—your brain is troubled by uncertainty and seeking the pleasure of answers; it is deciding away from danger and deciding toward reward.

And that’s critical thinking defined through perhaps the smallest of nutshells in which it can be put.

[i] Johnson, R.H. & Blair, J.A. (2012). Teaching the dog’s breakfast: Some dangers and how to deal with them. American Association of Physics Teachers conference.

STEVEN J. PEARLMAN, PHD. is a critical thinking expert and educator who has worked in higher education for 30 years. Pearlman taught writing and critical thinking at a range of institutions, including one of America’s elite colleges, before bringing his expertise out of the classroom for institution-wide benefit. He co-founded and directed one of the country’s first academic offices specifically focused on campus-wide critical thinking, and co-developed a groundbreaking academic instrument that unifies the teaching, application, assigning, and assessment of critical thinking. For the last 10 years, his work has focused on developing students, faculty, executives, and workspaces on critical thinking. Pearlman earned his doctorate at the Indiana University of Pennsylvania and is a sought-after speaker, co-founder of The Critical Thinking Initiative, and the co-host of The Critical Thinking Initiative and Smarterer! podcasts. He’s also the author of The Book of Martial Power and America’s Critical Thinking Crisis. Pearlman lives in Connecticut with his family and is an avid martial artist.