The Charleston Renaissance Movement was a cultural renewal that brought a diverse group of people together to improve and preserve the city through artistic expression. Artists, musicians, architects, writers and photographers participated in organizations such as the Charleston Etchers’ Club, the Jenkins Orphanage Band and the Poetry Society of South Carolina, to communicate Charleston’s past through art. 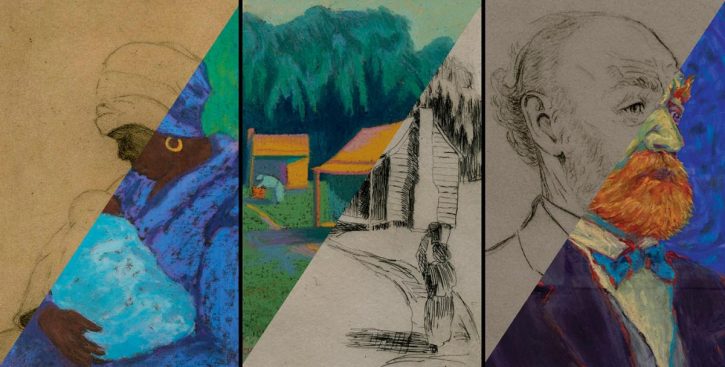 The Charleston Etchers’ Club was founded in 1923 by some of the most prominent artists in Charleston, among them Elizabeth O’Neill Verner, Alfred Hutty, Antoinette Rhett and Alice Ravenel Huger Smith. Under the leadership of then director Laura Bragg, The Charleston Museum housed a large etching press for the Club in exchange for their etched creations. Donating a total of 136 etchings, they are some of the Museum’s most prized works on paper.

The Charleston Museum has partnered with the Pastel Society of South Carolina to present a new interpretation of a selected number of etchings originally created by members of the Charleston Etchers’ Club. The exhibit, From Etchings to Pastels, displays twenty etchings from the Museum’s Archives are on display next to their artisitic interpretation by twenty different artists of the Pastel Society of South Carolina. Twenty historic etchings; twenty new works of art.

View the works side by side and vote for your “People’s Choice Award,” to be announced at the end of the exhibit. Votes may be cast by emailing s[email protected]. (One vote per email address).