Blooms, blossoms, and bracts splash color everywhere you look this time of year. Daffodils and now dogwoods and azaleas add their voice to the spring symphony. They proclaim spring is here despite the late cold snap.

In yards and gardens we see landscaped vistas with plants placed just so to coordinate and maximize their appeal. Out in the woods, however, seen by few, blooms a spectacular plant, the wild azalea. The one you see here blooms near sister Brenda’s garage. When she and her husband built their home the wild azalea stood in the way. They transplanted it and it thrived. 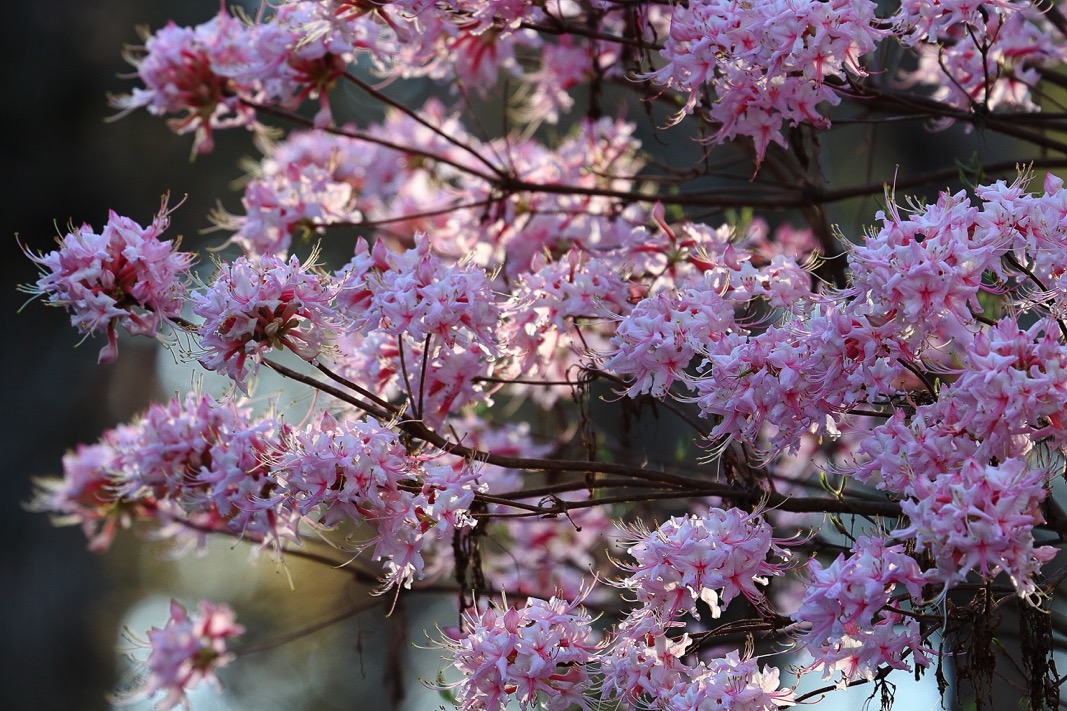 Don’t confuse wild azaleas with azaleas of Asian origin. Those are evergreen. The ones we have here in the Southeast are deciduous and produce two types of buds. Known also as honeysuckle azalea it falls into the genus Rhododendron.

In April 1775, the American botanist, ornithologist, natural historian, and explorer, William Bartram, departed Charleston to travel up the Savannah River. During his exploration up the Savannah in April and May, Bartram encountered wild azaleas. Using his own Latin names he mentions two species of azalea in his book, Travels: Azalea coccinea and Azalea flammea. He didn’t get too specific in his notes. He often just wrote “azalea.” 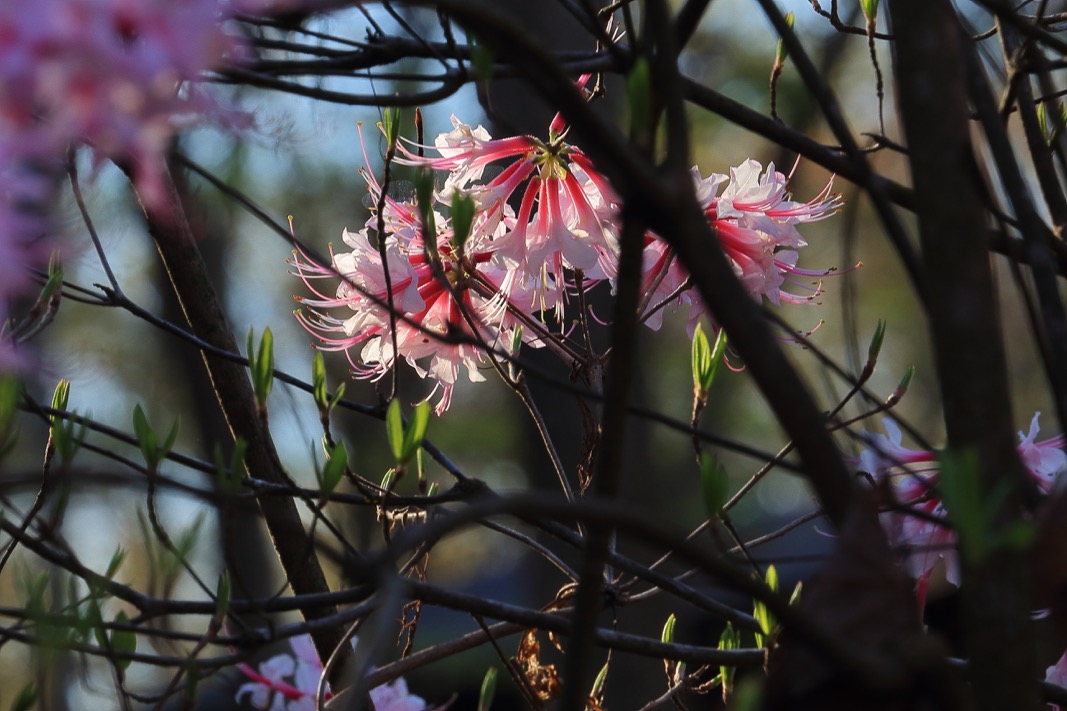 Bartram passed through Lincoln County Georgia, my home county. I read that Bartram ranged some four miles inland from the Savannah River, sometimes crossing it. The Fall 2014 edition of The Azalean states that Bartram encountered an azalea above Augusta. He didn’t refer to this azalea as coccinea. Did he by chance see the ancestors of the wild azalea my sister’s plant sprang from? He stayed close to the Savannah but as the crow flies my sister’s place is within the range of his travels. So might the answer be maybe?

What’s not to be guessed at is Bartram’s style of writing, which has been described as rich and emotional. It’s impossible not to note the old way of writing and spelling. The words, “florid” and “complicated” come to me. Plant lovers, by the way, view the following passage as one of the more famous passages in his book.

“It is early May, 1775. I arose early next morning and continued my journey for Fort James. This day’s progress was agree-ably entertaining, from the novelty and variety of objects and views; the wild country now almost de-populated, vast forests, expansive plains and detached groves; then chains of hills whose gravelly, dry, barren summits present detached piles of rocks, which delude and flatter the hopes and expectations of the solitary traveller, full sure of hospitable habitations; heaps of white, gnawed bones of the ancient buffaloe, elk and deer, indiscriminately mixed with those of men, half grown over with moss, altogether, exhibit scenes of uncultivated nature, on reflection, perhaps, rather disagreeable to a mind of delicate feelings and sensibility, since some of these objects recognize past transactions and events, perhaps not altogether reconcilable to justice and humanity.”

Consider taking a hike through woods. Look for the bright pink and white wild azalea. You won’t see, I daresay, the gnawed bones of men half grown over with moss but you might spy wild azaleas. They’re out there just as they were in Bartram’s day although manmade reservoirs cover much of their habitat today. We love our Asian azaleas but our native azaleas are just as lovely. Walk through the woods, do some forest bathing, as it’s known in Japan. Bartram did. You can too.