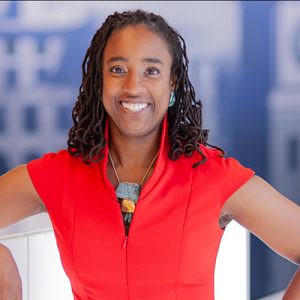 Kristin Henning, a Georgetown Law professor, will speak about her new book, “The Rage of Innocence: How America Criminalizes Black Youth,” on Monday, Oct. 11 at 6:30 p.m. at the University of South Carolina School of Law. The event is free and open to the public. Space is limited, and attendees are encouraged to register to reserve their seat at https://henning-at-uofsclaw.eventbrite.com.

Following the talk, Henning will join in conversation with local advocates and scholars whose work connects with the theme of her book. Afterwards, Henning will be available to sign copies of the book.

Henning, the director of Juvenile Justice Clinic and Initiative at Georgetown Law, has 25 years of experience representing youth in Washington, D.C.’s juvenile courts. Prior to teaching, she was a public defender in D.C., where she led the unit handling juvenile cases. Drawing from these experiences, other high-profile cases, and in-depth sociological research, she explains how discriminatory and aggressive policing has socialized a generation of Black teenagers to fear and resent the police and examines the long-term physical and psychological effects of over-policing.

One of those high-profile cases took place almost exactly six years ago at Spring Valley High School in Columbia, South Carolina, when Ben Fields, a former school resource officer, was captured on video slamming a student, Shakara Murphy, to the ground after she refused to leave the classroom with him. She was arrested, along with Niya Kenny, the student who recorded the video and tried to intervene, for “disturbing schools.” The charges were eventually dropped for both students.

The conversation after the talk will feature:

“South Carolina is the perfect place to have this conversation,” says Henning. “South Carolina has been at the center of the national conversation about the presence and role of police in schools, but it has also been the home of significant reform in decriminalizing ‘disturbing schools.'”

In her book, she outlines other strategies for change, including more direct investment in children, families, and communities and less reliance on law enforcement and the surveillance of Black children. She also advocates for meaningful work and vocational opportunities for Black youth; the elimination of unnecessary, aggressive, and racially disparate policing of youth; the decriminalization of normal adolescent behaviors; and improvements in mental health services in schools.

“It is essential that we treat all children like children—in our schools, in our communities, in our courts, and in our police reform efforts,” she says. “We should engage all Black youth with an open and gracious heart so we can learn from them and witness their value, worth, and humanity. We all have a role to play in changing harmful narratives about Black youth.”

Henning was invited to speak at South Carolina Law by professor Josh Gupta-Kagan, who directs the school’s Juvenile Justice Clinic. Additional support comes from community partners, including John D. “Jay” Elliott, director of the Lawyers Committee for Children’s Rights, and Aleksandra Chauhan, a South Carolina member of Ambassadors for Racial Justice in Juvenile Defense, an organization co-founded by Henning.

“I hope people will come to hear and learn from a leading voice in juvenile justice and a compelling and passionate advocate for racial justice in a field long beset by large racial disparities and troubling policies and practices that seem to target Black youth all too often from the—now disproven—‘superpredator’ myth of a generation ago to the criminalization of relatively minor school misbehavior in more recent years,” says Gupta-Kagan. “And I hope the audience will hear that there is a path forward to creating a more just system.”

Co-sponsors of the event include Every Black Girl, Roots and Rebound, Lawyers Committee for Children’s Rights, UofSC Law’s Children’s Law Concentration and Office of Diversity, Equity, and Inclusion, and the Honorable Matthew J. Perry Jr. Chapter of the Black Law Students Association at South Carolina Law.