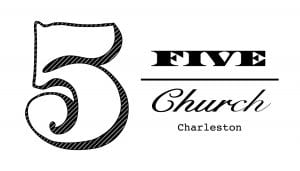 5Church Charleston announced an exclusive chef collaboration dinner on Friday, March 6 between Chef Jamie Lynch and Chef Joe Sasto, from the upcoming season of Bravo’s Top Chef All Stars LA. The new season of Top Chef premieres Thursday, March 19 at 10 pm on Bravo. The five course, prix fixe menu will be available for $95 and inspired by Chef Sasto’s Italian-influences and superior pasta-making skills as well as Chef Jamie’s new American, farm-to-restaurant approach, utilizing hyper-local ingredients from his own six-acre farm.

“On the upcoming season of Top Chef, Chef Sasto and I immediately connected, and I look forward to being back in the kitchen with him once again,” shares 5Church Chef Partner Jamie Lynch, who originally competed on Top Chef Season 14 in Charleston and made his mark for his controversial decision to give up immunity, the first and only time in the show’s history. “This collaboration is going to be unlike anything we have ever done before, and we can’t wait to share the flavors that we have imagined for our guests.”

Chef Sasto, a finalist on Top Chef Season 15 in Colorado currently lives in Southern California where he hosts private events, fine-dining dinner parties and pasta classes as part of his pop-up series Tanto Si. Studying under some of America’s most celebrated Italian-influenced chefs, Chef Sasto has contributed to two and three-Michelin starred kitchens, working to understand the tradition, regionality and rules of Italian cuisine. Today, he is breaking the mold by creating his own California take on Italian fare.

Reservations for this chef collaboration dinner will be available starting at 5 p.m. and can be made at www.5ChurchCharleston.com or by phone at 843.937.8666. Follow 5Church on Facebook, Instagram and Twitter to stay up-to-date on the latest news.

Restauranteurs Patrick Whalen, Alejandro Torio and Top Chef Alum Jamie Lynch began in 2012 with the opening of 5Church in Charlotte, North Carolina. The group went on to open 5Church Charleston in Charleston, South Carolina in 2015 and Sophia’s Lounge in Charlotte in 2017. In 2020, they plan to open Tempest restaurant in Charleston as well as a new restaurant concept in Nashville, Tennessee.