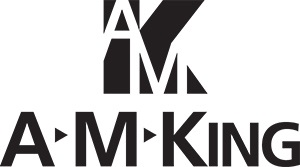 Carolinas-based A M King, an Integrated Design-Build firm with an established presence in the Upstate, was singled out with two “Best in Class” Eagle Awards, as well as the 2020 Design-Build Award, in this year’s Excellence in Construction (EIC) Awards competition sponsored by the Associated Builders and Contractors of the Carolinas (ABC Carolinas). A M King was also a Finalist for ABC’s 2020 Project of the Year. 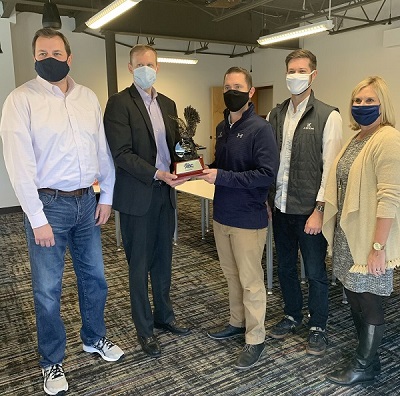 In the Manufacturing/Under $10 million category, A M King won the Eagle – ABC’s highest award – for the firm’s outstanding Design-Build delivery of TrueCore’s greenfield Insulated Metal Panel Manufacturing Facility in Laurens, S.C. Deemed a finalist for ABC’s Project of the Year, this project required A M King to design and construct a building around TrueCore’s unique manufacturing process in time to receive Italian-made production equipment already on order. The new facility also serves as TrueCore’s corporate headquarters.

“Out the 42 award-winning projects at all levels, this was one of only three located in South Carolina. Another unique aspect of the project is that it represents TrueCore’s first manufacturing facility – not just the first in the Upstate or South Carolina, but anywhere,” said Andre Harris, A M King’s Greenville Business Unit Leader.

A M King won a second Eagle Award for its Design-Build transformation of an 88,000-square-foot vacant shell building into an innovative Meat, Seafood and Cheese Processing facility for Southern Foods, a Cheney Brothers, Inc. (CBI) affiliate. This project took top honors in the Manufacturing/$10-$15 million category. Located in Greensboro, N.C., this project was also the proud recipient of ABC’s exclusive Design-Build Award.

“It is always a great honor to be recognized by our peers, but to win multiple Eagle awards — plus the Design-Build Award — is extra special. I couldn’t be more proud of our project teams for delivering truly exemplary projects for both Southern Foods and TrueCore,” said Dan Crist, A M King Vice President of Operations. “What a great way to close out 2020!”

Having won at the Carolinas chapter level, A M King became eligible to compete in ABC’s National EIC Awards competition for which winners will be announced in 2021.

More 2020 Accolades | These Award-Winning Projects
Earlier this year, A M King won an Award of Merit for the Southern Foods Meat, Seafood and Cheese Processing Facility in Engineering News-Record’s (ENR) Best Projects Awards competition for the Southeast region. This project was also a National Finalist in the 2020 “Built by the Best” Awards program presented by the Controlled Environment Building Association (CEBA). For TrueCore’s Insulated Metal Panel Manufacturing Facility, A M King was honored with two 2020 National Design-Build Awards (in two distinct categories) from the Design-Build Institute of America (DBIA). The TrueCore project was one of three contenders for DBIA’s National Award of Excellence in the Industrial/Process category and was nominated by the judges for Best Small Project.

A M King is an integrated Design-Build firm based in Charlotte, NC with offices in Greenville, SC and Chicago, IL. The firm consistently and successfully delivers quality projects throughout the United States. With an experienced team committed to protecting clients’ assets, the company provides property consulting, design and engineering, construction, and facility services in the sectors of food processing, food distribution, industrial manufacturing, and commercial properties. A M King’s exemplary track record demonstrates that the company is focused on its mission to be the best in the industry.