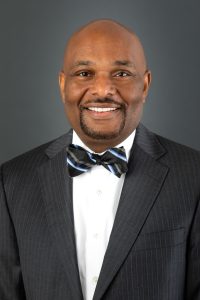 Paul brings a wealth of Human Resources leadership experience spanning 16 years and has been working in the field for more than 25 years. He most recently worked as Chief People Officer at the Medical University of South Carolina Health in Charleston.

He also worked for a decade in Human Resources leadership at Denver-based Catholic Health Initiatives, the nation’s second-largest nonprofit health system. While there, he led efforts at hospitals and hospital systems in Arkansas, Missouri and Colorado.

Paul earned a bachelor’s degree from the University of Georgia and a dual master’s degree in business administration and HR and healthcare administration from American Intercontinental University. He also holds several certifications from professional industry groups.

“We are excited to welcome Darrick to the AgFirst team. With his experience and expertise in the Human Resources field, we look forward to the contributions he will make,” CEO Tim Amerson said.

AgFirst Farm Credit Bank is one of four banks that make up the nationwide Farm Credit System and is the largest financial institution headquartered in South Carolina. Farm Credit has supported rural communities and agriculture with reliable, consistent credit and financial services for more than 100 years. AgFirst is a cooperative that provides funding and services to 18 affiliated Associations in 15 states and Puerto Rico.