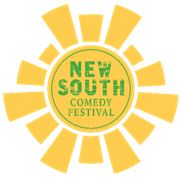 Theater Owner Harrison Brookie says, “We are so thrilled to have our festival back in person this year and to be offering so many great shows and workshops featuring top-tier comedians from all across the country and from right here in Greenville, South Carolina.”

The festival will feature eight comedy workshops featuring world-class instructors from New York City, Los Angeles, Atlanta, North Carolina, Virginia, and locally from Greenville, SC. Workshops will cover topics such as character creation, creating stand-up content, how to go viral, and others. More information can be found on https://newsouthcomedy.com/workshops/ 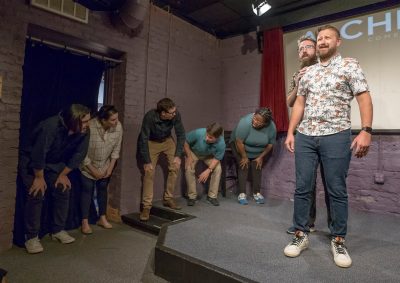 For more information and to buy tickets visit https://newsouthcomedy.com/shows/ tickets are available online and at the door but purchasing in advance online is recommended as shows will sell out. Food and drink are available to purchase at Coffee Underground.

Alchemy encourages attendees to take precautions to keep themselves and their performers safe by wearing a mask and/or getting vaccinated. Theater staff, workshop teachers, and performers are all vaccinated and will be wearing masks when not on stage.

Founded in 2011 by four Clemson Alumni, Harrison Brookie, Ben Burris, Jason Underwood, and Meg Pierson, and has since grown to feature hundreds of local comedians. Alchemy comedy produces six weekly comedy shows of improv, stand-up, sketch, and everything in between. Alchemy mainly features improv comedy, a form of live theater which is made up on stage live, never to exist in the same way ever again. In the last ten years, they have produced thousands of live shows in Greenville and performers have been featured all over the world.