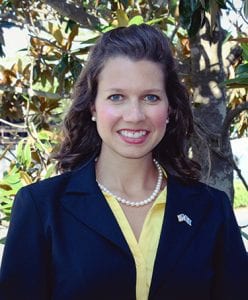 Healthy Learners has named Amanda Metzger as director of community engagement for the organization, which is a faith-based non-profit that connects school-aged children to health care providers to help remove barriers to school success.

In this role, Metzger is responsible for increasing community involvement of existing counties served by Healthy Learners and those targeted for program expansion, enhancing public visibility, expanding community and statewide collaborations, and cultivating relationships with current and prospective funders and contributors.

Metzger’s background includes health promotion in the public and private sectors, marketing and social media as well as non-profit financial development. She most recently was the vice president of community impact for the Summerville Family YMCA in Summerville, South Carolina, where she was responsible for providing guidance in promoting the YMCA’s mission through annual giving, government and foundation grants, and community health initiatives.

She was also one of only two blood pressure self-monitoring quality assurance facilitators for the YMCA of the USA and a statewide community integrated health consultant for the South Carolina Alliance of YMCAs, where she analyzed the population health of South Carolina and created a statewide plan to address diabetes, cancer, hypertension and arthritis through YMCA signature programs. Previously, she was director of community health for the Summerville YMCA.

Metzger received a bachelor’s degree in business administration and a master’s degree in public health from American Military University. She is active in the community, serving as a member of a number of organizations, including the Summerville Medical Center Advisory Board, Diabetes Advisory Council of South Carolina, Healthy Tri-County workgroup member and the Dorchester District 2 Wellness Committee. She served as the board chair for Eat Smart, Move More Charleston Tri-County from 2017-2019. Eat Smart Move More SC named her the Community Leader of the Year in 2018 and she received the YMCA Healthy Living Award from the Chapter 23 Association of YMCA Professionals in 2017.

Healthy Learners was founded in 1992 based on the belief that children learn better when they are healthy. A ministry of the Sisters of Charity Health System, Healthy Learners has five programs that serve 150 schools across twelve (12) South Carolina school districts. The counties served are Allendale, Dillon, Fairfield, Georgetown, Greenwood, Lexington and Richland. For more information, see healthylearners.com.