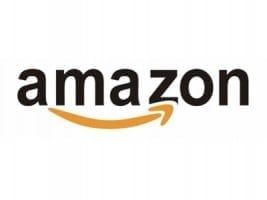 The Amazon Books Editors announced their selections for the Best Books of 2022, naming Gabrielle Zevin’s novel Tomorrow, and Tomorrow, and Tomorrow as the Best Book of the Year. The annual list is hand-picked by a team of editors who read thousands of books each year and share their recommendations on Amazon Book Review to help customers find their next great read. Featuring the top 100 books published this year, the editors’ selections also break out the top 20 books in popular categories, including mystery, memoir, romance, children’s books (by age), history, cookbooks, and more. To explore the full list of the Best Books of 2022, visit amazon.com/bestbooks2022.

“We’ve had a bumper crop of amazing books to choose from this year,” said Sarah Gelman, editorial director for Amazon Books. “But to get our passionate (read: opinionated!) team of editors to agree on one they loved is almost a miracle. Tomorrow, and Tomorrow, and Tomorrow is that miracle—a simply perfect book about the complexities of human relationships, the importance of human connection, the innocence and optimism of youth, our journey with technology, and the many shades of love.”

The Amazon Books Editors Top 10 picks of 2022, as described by the editors, are:

The Amazon Books Editors Top Children’s pick of 2022 is The Door of No Return by Kwame Alexander. Seira Wilson, Amazon Editor shared: