A Magnolia and a School of Consequence

As you top the Edgefield County rise, that fine word “copse” comes to mind. Copse, a small group of trees, that’s what you see. Look closer, however, and the magnificent crown of a magnificent magnolia tops all. What your eyes cannot see is the old academy that stood here long before this latter-day copse sprung from the earth. Nor can you readily make out the magnificent magnolia lesser trees conceal. It’s as if the trees huddle around the great magnolia and ask, “O great one, what’s your secret for living some 170 years?” 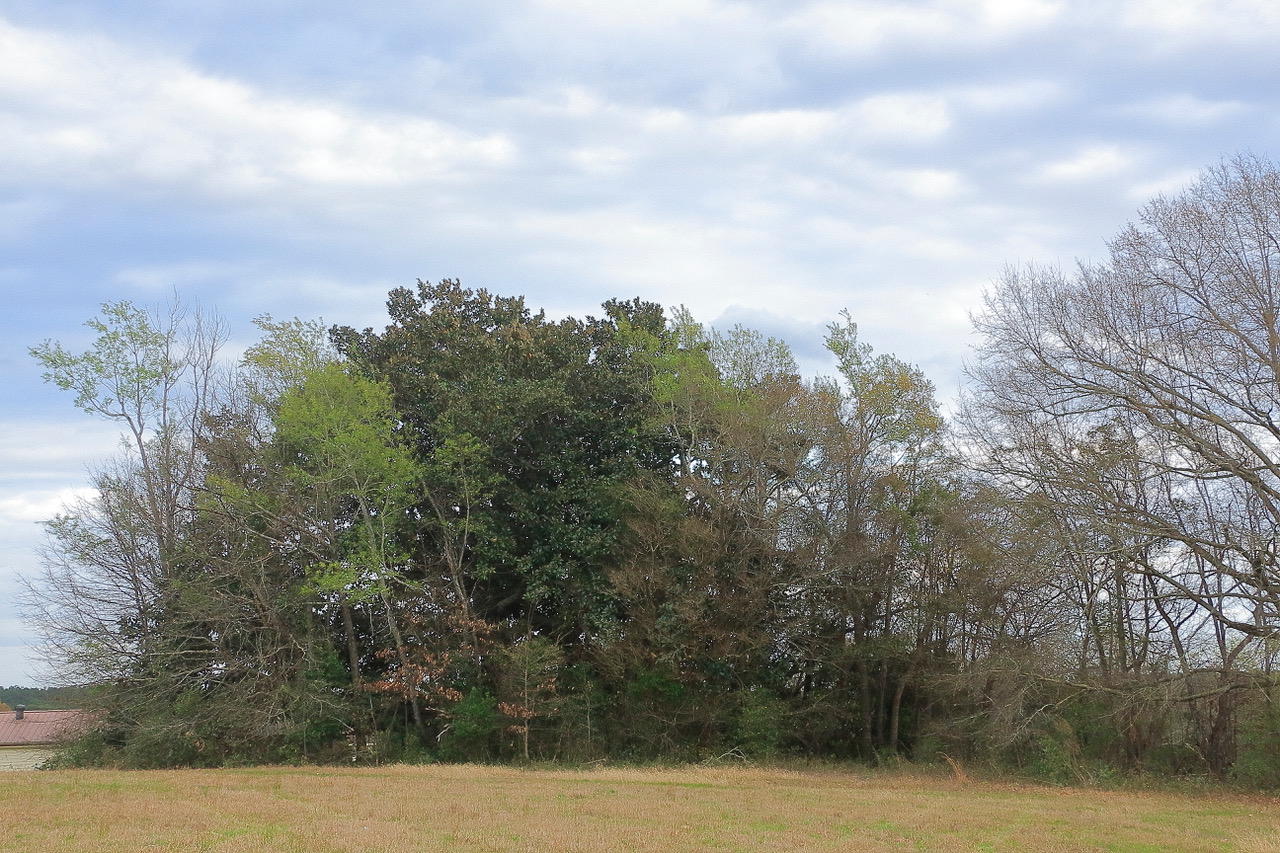 Its secret is good fortune and the protective acts of men. On August 10, 1853, some 1,200 people gathered at Sweetwater Springs, a picnic spot, to choose a site and to raise money for a permanent academy. Joel Curry, Robert Meriwether, George Boswell, Samuel Getzen, Dr. Hugh A. Shaw, A.P. Butler, and Andrew J. Hammond would found the academy.

The name “Curryton” complimented Joel Curry for his gift of 100 acres and his enthusiasm for the school. Two academies would go up, each within two miles of Sweetwater and Hardy’s Churches. An article in the Edgefield Advertiser from 1848 stated, “The place is admirable for a school. It is high and healthy and near the line that separates the oak and pine region…. Perennial springs and a beautiful stream of water near at hand and fishing and boating can be easily had in the mill pond and Stevens Creek.” In time a thriving small community formed in the vicinity of the academies. 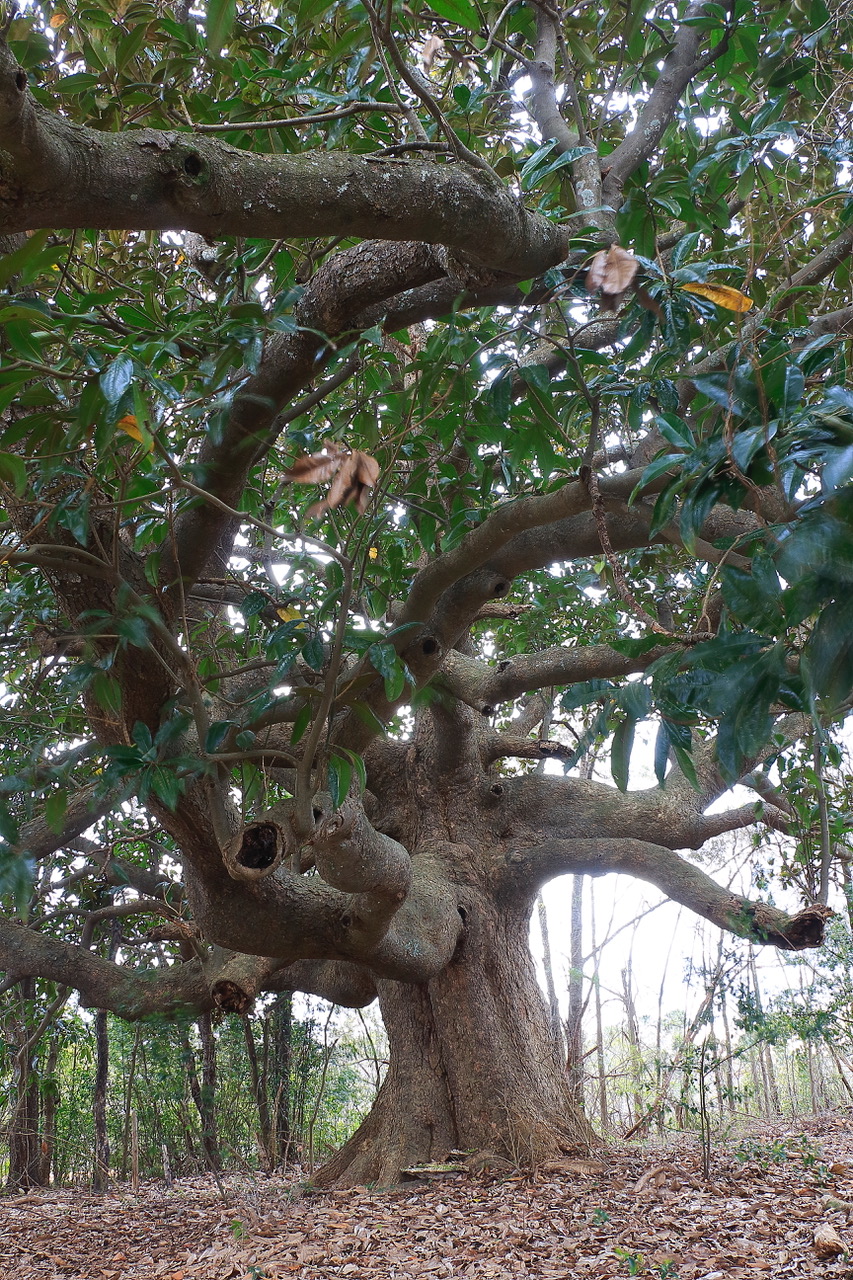 The academy, which was opened in 1854 and continued until 1892 when fire destroyed it, consisted of a female academy and a male academy. During their run, students came from Georgia, Alabama, Florida, and South Carolina. One of the academies sat at the present-day site of Old McDonald’s Fish Camp. The other sat where the old magnolia stands today.

It’s believed the people who founded Curryton Academy in February 1854 planted the magnolia. That could mean the tree is 168 years old. Most magnolias live 80 to 100 years. That makes this one an exception. Might it be the state record magnolia? Read on.

Jim Oliver of the Edgefield County Planning Commission wrote Stephen Pohlman Jr., Clemson Extension Area Forestry Agent, as to whether the magnolia might be a state record. The SC Champion Tree Program is a statewide list of the state’s largest trees that are native to and/or naturalized to the continental United States. The state’s largest trees compete against the National Registry to earn distinction as the nation’s largest of its kind. The Curryton Magnolia, I’ll call it, is more probably the state’s second-largest magnolia. At this writing, the tree is to be re-measured and checked again for its status.

What cannot be omitted is the threat the historical site and giant magnolia faced. A developer purchased the tract the tree lives on with plans to build housing here. Taking the grand tree down was a real possibility. Edgefield’s Bettis Rainsford and others consulted with the developer. The developer has agreed to give a two-thirds acre parcel upon which the tree is located to the Edgefield County Historical Society so it can develop a historical park around the magnolia, a park that will commemorate the old school and this arboreal survivor, Magnolia grandiflora, commonly known as the southern magnolia. Thanks to these actions, the tree will live on, just as the history beneath its spacious crown will live on.

On a windy, cloudy afternoon leather-like leaves crackled beneath my feet as I approached the shade of the great tree. Close to its massive trunk I looked up and beheld gargantuan limbs and the sockets of lesser limbs long perished. I saw what could be an elephant and it seemed as well an octopus in this grand tree. You’ll see, too, the scars of this survivor. You could let your imagination run free and see a bit of gargoyle in this old tree as well. I say you could, but not me. I see a survivor, one that faced another peril—the saws and bulldozers of men. Now thanks to generosity, it will live on, a reminder of men’s desire to equip those who follow with good sense.