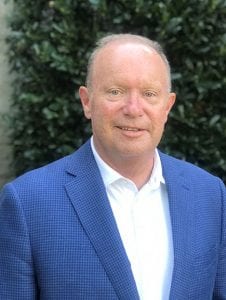 The AnMed Health Board of Trustees announced that William Kenley, FACHE, has been selected as the next Chief Executive Officer of AnMed Health following a nation-wide search.

“William Kenley is a proven leader whose values, leadership style and experience align well with AnMed Health’s culture and ideals,” said AnMed Health Board Chairman Bill Kibler. “As we continue to take on the challenges of a complex and evolving healthcare environment, I’m confident that he is the right person to lead our health care system into the future. I look forward to welcoming him and his family to the Anderson community.”

Kenley was most recently an executive vice president at Methodist Le Bonheur Healthcare based in Memphis, Tenn., where he has served in progressive leadership roles since 2004. He completed his master of public health administration at Duke University and received his undergraduate degree from Radford University. He and his wife Carol have two children, Jack and Grace.

Kenley will succeed current CEO Bill Manson, who has led the health system since 2015. Manson announced his impending retirement in November 2019. Kenley will begin work in September.