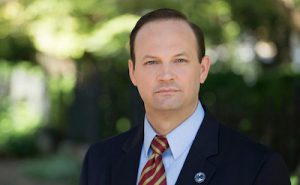 Attorney General Alan Wilson is challenging the National Highway Traffic Safety Administration’s (NHTSA) corporate average fuel economy standards (CAFE) for certain cars and light trucks. The regulation seeks to impose substantial increases in the number of electric vehicles on roads nationwide, with ramifications that will be felt throughout the automobile industry and our flailing economy generally. Ten other states have joined the petition for review.

“South Carolinians are already struggling with the high cost of everything because of the Biden Administration’s radical policies and agenda and this would saddle them with higher-priced electric vehicles,” Attorney General Wilson said.

This challenge opposes the Biden Administration’s climate change agenda, arguing that this proposed regulation by NHTSA violates the express statutory prohibition on the agency being able to mandate electric vehicles in setting the CAFE standards. The rule also implicates important state sovereignty interests.

In addition to South Carolina, Texas is leading the petition review along with the states of

Arkansas, Indiana, Kentucky, Louisiana, Mississippi, Montana, Nebraska, Ohio, and Utah. The petition for review is to the U.S. District Court of Appeals for the District of Columbia.