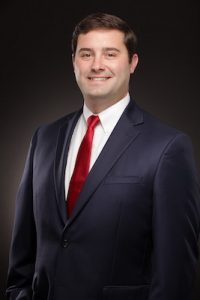 Upstate South Carolina attorney Steve Sumner has announced the addition of B. Scott Todd as a partner in his law practice.

Moving forward, the firm will be known as Sumner & Todd, Attorneys at Law, LLC.

Previously, Todd served as the lead DUI prosecutor from 2016 to 2020 in both Spartanburg and Pickens counties, where he also prosecuted drug, domestic violence, criminal sexual conduct, and assault and battery cases.

A native of Laurens, S.C., Todd is a 2012 graduate of Presbyterian College in Clinton, S.C.  In 2015 he graduated from the University of South Carolina School of Law where he was the CALI Award Winner for Criminal Law, as well as a member of the Mock Trial Team.  He clerked for the Fifth Circuit Solicitor’s Officer and the Honorable Judge Donald B. Hocker (Eighth Judicial Circuit).

Todd is accepting his own clients in addition to assisting Sumner’s current clients.