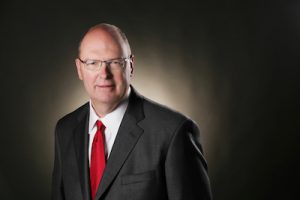 For the eighth consecutive year, Attorney Steve W. Sumner has been selected to the South Carolina Super Lawyers® list for DUI Defense. He was the only one in the Upstate chosen in the DUI Defense category. Each year, no more than five percent of the lawyers in the state are selected by the research team at Super Lawyers to receive this honor.

Super Lawyers, a Thomson Reuters business, is a rating service of outstanding lawyers from more than 70 practice areas who have attained a high degree of peer recognition and professional achievement. The annual selections are made using a patented multiphase process that includes a statewide survey of lawyers, an independent research evaluation of candidates, and peer reviews by practice area. The result is a credible, comprehensive and diverse listing of exceptional attorneys.

This recognition for Sumner comes on the heels of being named a “Best Lawyer” and “Best Law Firm” by US News & World Report. In addition, he has received the highest possible rating in legal ability and ethical standards by Martindale Hubbell; holds a “10.0/Superb” rating by Avvo; and has been selected as a “Best Attorney” Lifetime Charter Member to the Rue Ratings’ Best Attorneys of America list.
Sumner represents clients in over 25 courts in Upstate South Carolina including Greenville, Anderson, Spartanburg, Pickens and Laurens counties; as well as the city/municipal courts of Greenville, Anderson, Spartanburg, Simpsonville, Mauldin, Greer, Fountain Inn, Easley, Clemson, Central, and Laurens.

In 1997, Sumner opened his own practice as a criminal defense attorney, with a special focus on defending clients accused of DUI, Felony DUI, all driving offenses and drug cases. He graduated from the University of South Carolina School of Law in 1992 and served as a state court prosecutor from 1992 to 1994. As a prosecutor, his primary case load consisted of prosecuting DUI, Felony DUI, Reckless Homicide and Traffic offenses.