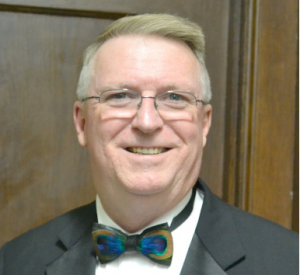 The Charleston Jazz Academy welcomed Basil Kerr as its new Director. Basil has dedicated his career over the last 30 plus years to developing young talent and has taught some of the best-known jazz musicians in the Charleston area, including Charlton Singleton, Robbie Madison, Demetrius Doctor, Noah Jones, Stephen Spaulding, and Gavin Smith.

From 1977-1995 Basil was the band director at Wando High School, building a program that continues its successful run today. In 1998, he became the high school band director at the Charleston County School of the Arts. At the time of his retirement in 2018 the SOA Wind Ensemble and Jazz Ensemble were recognized as among the finest programs in the nation.  During his tenure at SOA, more jazz students from the school were selected to the SC All-State Jazz Band than any other school in the state.

A native of Charleston, Basil Kerr graduated from Bishop England High School; earned a Bachelor of Music degree from the University of Miami; and a Master’s Degree in Music from the University of South Carolina.  He has completed his doctoral studies at USC. As a performer on the French horn, he has performed the with the Miami Philharmonic, the Ives Festival Chamber Orchestra, the Charleston Symphony, the South Carolina Philharmonic, the Summerville Orchestra, and the North Charleston Pops.