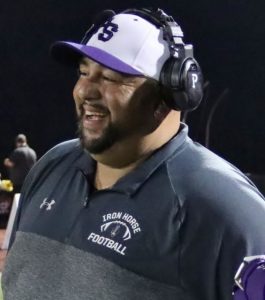 Lailson will lead the Warriors for the start of spring practice; this will be his first head coaching job (football) at the varsity level. He does have 13 years of coaching football in the Lowcountry, and 19 years of experience overall.

Before a successful season at Philip Simmons, Lailson spent 10 years at Timberland High School (also in Berkeley County). He served as the defensive coordinator and defensive line coach for the Wolves and was part of two state championships (2011 and 2014) and eight region titles there.