U.S. 176 Phase 1 consists of widening U.S. 176 from US 17-A to Nexton Parkway Extension, from two to five lanes. This project will include a raised median and sidewalks on both sides. 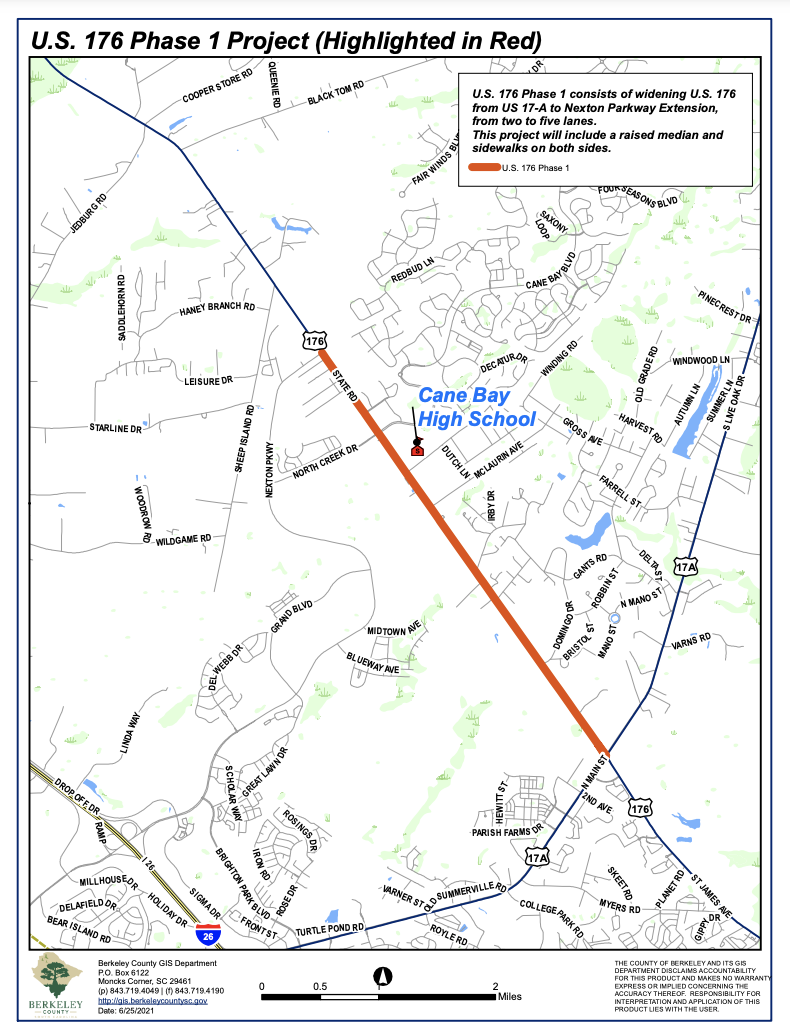 Work on this project is expected to begin in late July or early August and is anticipated to take up to four years to complete. Initially, utilities will be relocated throughout the project limits in order to make room for roadway improvements. The public is urged to drive with caution through the work zones.

This widening project is funded by the 2014 One Cent Sale Tax Referendum. Bids were received on April 6, 2021 and the contract was awarded to L. Dan Weaver Company. The project will cost approximately $53 million.

We are very excited that this critical infrastructure project for the region is ready for construction. Reaching this milestone took incredible coordination by Berkeley County staff, the City of Goose Creek, property owners, utility providers, and several state and federal agencies. We look forward to starting construction and ask for the public’s patience throughout the remainder of the project. -Johnny Cribb, Berkeley County Supervisor