“The Turkey Bowl is one of our longstanding traditions,” said BJU President Steve Pettit. “This year will be a rematch of last year’s game which was a thrilling match. The University community looks forward to what promises to be an epic showdown.” 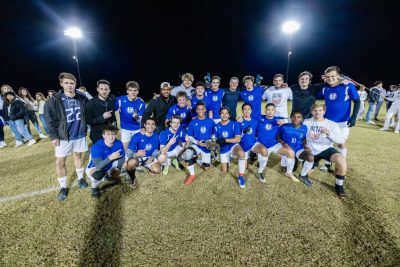 The event begins at 6:30 p.m. with a parade featuring the championship teams and the ceremonial presentation of the game ball. During halftime, students will have the opportunity to participate in games on the field. The Inter-Society Council (ISC) will also host a concession stand during the game.

Following the game, ISC is sponsoring the annual Fall Festival, which will feature games, activities and a faculty/staff soup cookoff for the student body in the Activity Center.