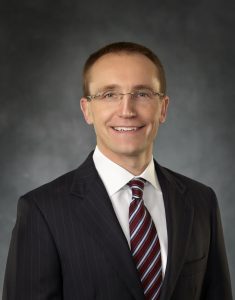 David S. Pankau has been named chairman of the board effective April 21, 2022, and Michael J. Mizeur has been named president and CEO of BlueCross BlueShield of South Carolina effective July 1, 2022.

This announcement is the culmination of a multi-phase leadership succession plan that started well over a year ago. As part of this succession plan, in 2021 Mr. Mizeur was appointed to serve in the role of chief operating officer (COO). Mr. Mizeur began his career at BlueCross in 1998 after seven years with Ernst & Young. He served in a variety of senior leadership roles, including chief financial officer for 10 years prior to being named COO last year. Mr. Mizeur has a BBA from Western Michigan University and an MBA from Duke University.

Mr. Mizeur succeeds David S. Pankau as CEO. Mr. Pankau is an almost 30-year veteran with the company and served in a number of leadership roles during his career with the company, including CEO since 2010. In April 2022, the board elected Mr. Pankau to succeed Ed Sellers as chairman of the BlueCross BlueShield of South Carolina Board of Directors. Mr. Sellers was elected chairman emeritus.

“With this transition, I am honored to continue my involvement with the leadership of our organization serving as chairman of the board. Like many, I feel extremely fortunate to have been able to build a career here and to be part of such a successful, growing and vibrant company,” said Mr. Pankau. “Mike Mizeur has done a terrific job leading the organization in many capacities. I am confident he will continue to ensure the future growth and success of the company, focusing always on our strong commitment to serving our customers’ needs.”

“Our leadership team and our employees are one of the best groups of management and staff of any Blue Plan in the country,” said Mr. Mizeur. “I appreciate their support over the years, as well as the confidence the board of directors has in me to lead one of South Carolina’s oldest and largest companies.”

About BlueCross BlueShield of South Carolina