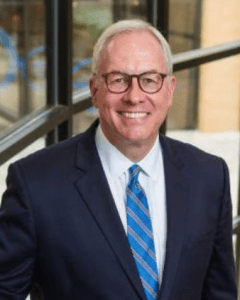 Dr. John Lewis, chairman of the Bob Jones University Board of Trustees, announced the renewal of Dr. Steve Pettit’s contract as president of BJU through June 1, 2023. Pettit’s contract was previously renewed in 2017.

“Dr. Pettit has been an exemplary leader of BJU and has led through important initiatives such as BJU’s attaining regional accreditation and becoming a tax-exempt organization,” Lewis said. “Pettit has been at the forefront of providing spiritual leadership to the faculty, staff and students through chapel and a focus on infusing a biblical worldview in our classrooms.”

Pettit is the fifth president of BJU since its founding in 1927 and is the first president not related to the University’s founder, Bob Jones Sr. He was initially elected as BJU’s president May 8, 2014, and began serving May 10, 2014. Pettit’s formal investiture was held Sept. 19, 2014, and featured an address from South Carolina Governor Nikki Haley.