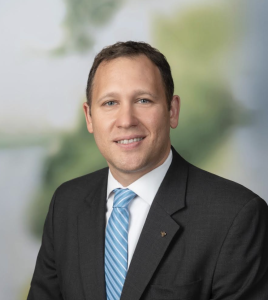 Bon Secours St. Francis announced that Joseph Mazzawi has been named Vice President of Mission. In this role, which he assumed on January 1st, Mazzawi will lead initiatives to support the organization’s Catholic heritage, Mission and Values integration, spiritual health, and ethics.

While new to Greenville, he is no stranger to Bon Secours Mercy Health. He first joined the organization in 2017 as vice president of Mission in Ashland, Kentucky. He then went on to serve with our hospitals in Virginia, with his most recent role being Director of Mission at St. Mary’s Hospital in Richmond, Virginia.

“We are pleased to have Joseph leading our Mission team and strategic initiatives in the Greenville market,” said Amy Marcum, Chief Mission Operations Officer for Bon Secours Mercy Health. “He has a proven record as a dedicated and innovative mission leader and will grow and enhance our services in the Upstate.”

Prior to his time with Bon Secours Mercy Health, Mazzawi was vice president of Mission Integration at Kenmore Mercy Hospital in Buffalo, New York, and served in a variety of leadership and spiritual care roles with the Diocese of Rochester in Ithaca, New York.

He earned his Master of Divinity degree from Washington Theological Union in Washington, D.C. and a bachelor’s degree from North Carolina State University in Raleigh. Additionally, he completed the Health Care Management Development Program from Harvard Business School Club of Buffalo.