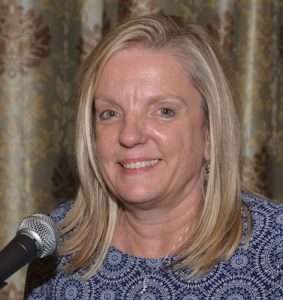 Brenda Stewart, a resident of Clinton, SC and active community leader, has been awarded The Order of the Palmetto. This is the highest civilian honor that can be bestowed in South Carolina and is awarded by the Governor to South Carolinians who demonstrate extraordinary lifetime achievement, service, and contributions of national or statewide significance.

Stewart was recognized for decades of service in Laurens County, including her most recent work organizing and hosting the Vietnam Prisoners of War (POWs) for their 49th Freedom Reunion in Greenville.

Nominations for the Order of the Palmetto must meet established criteria and then be reviewed by a non-partisan panel to confirm and be selected for this honor. The award was presented on behalf of the Governor by the South Carolina Secretary of Veterans’ Affairs, William Grimsley.

“It is difficult to overstate the significance of South Carolina hosting the 49th Vietnam Prisoner of War Freedom Reunion this year, as the opportunity to honor in person those who made such great personal sacrifices for our nation in Vietnam is quickly passing.  All South Carolinians should be proud of our state’s role in creating a venue to not only celebrate our returned Prisoners of War but also to connect them with younger Americans who greatly benefit from knowing these remarkable men and their uniquely American story,” said Secretary Grimsley. “This simply would not have been possible without the tireless efforts of Brenda Stewart.  Passionate, resourceful, and determined, Brenda transformed what started as a vision into a brilliant reality, and she did it will both style and grace.  It was an honor to present her with the Order of the Palmetto on behalf of Governor McMaster; Brenda represents what is best in South Carolina and is a true American patriot.” 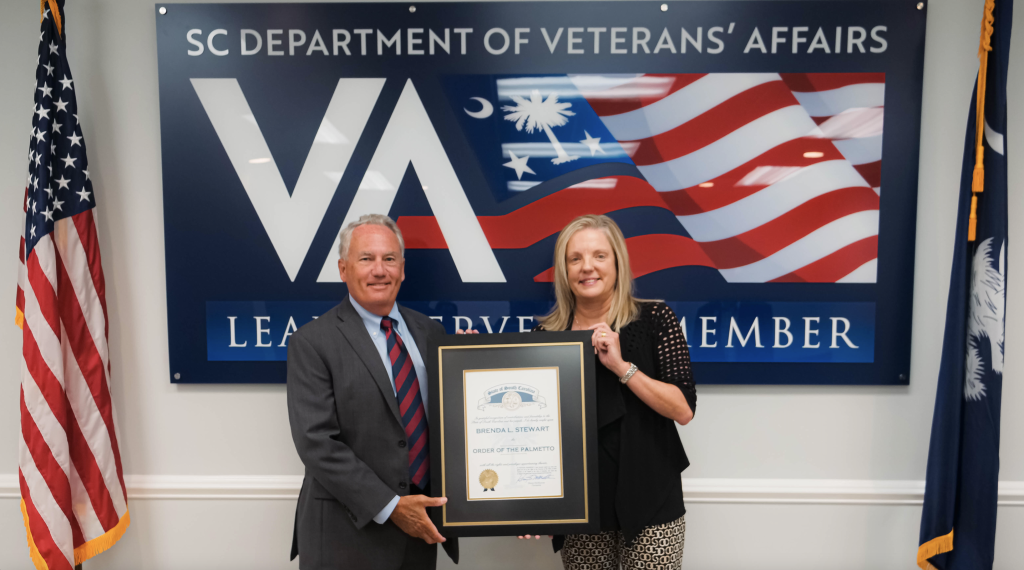 “I am deeply honored and humbled to receive this award,” said Stewart. “I derive great joy from serving others and bringing the Vietnam POWs to South Carolina for their reunion was an opportunity for our State to show appreciation and gratitude for the sacrifices and service of these veterans.”

Stewart’s vision for the Vietnam POW reunion took shape over a year and a half as she established the Vietnam POW Reunion Foundation and built a team to support the project. Working with the board and other contacts across the state, the foundation raised the funds to host the POWs for a four-day reunion in June of this year.

“Governor McMaster could not have found a more worthy recipient than Brenda Stewart for the State’s highest civilian honor! She is indefatigable in her public service, especially in her work to honor the men and women of our country’s military,” said State Senator Danny Verdin. “Thank you, Governor McMaster, and congratulations Brenda!”

Stewart has been actively involved in state and local community initiatives, charitable foundations, and civic organizations for 30 plus years. She currently serves on the SC Commission for Lawyer Conduct, a position she has held since 2010 and is by appointment from the SC Supreme Court. In March of this year, Stewart was appointed by Governor McMaster to serve on the board of the South Carolina Veterans’ Trust Fund.