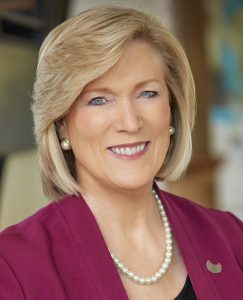 The project began in 2019 with a goal of sharing the stories of the city’s strong, courageous and driven women. Past honorees include suffragist Ida Salley Remer, voting-rights activist Donella Brown Wilson, attorney Victoria Eslinger and Henrie Dobbins Monteith, one of the first black students to enroll at the University of South Carolina after Reconstruction.

“(Burnette) is indeed an inspirational woman whose contributions deserve to be documented, shared and celebrated,” City of Women executive director Robin Waites said.

The nine were honored as part of She Did Day! The annual celebration marks the ratification of the 19th Amendment.

A civil rights attorney who’s litigated landmark cases that have moved law forward, Burnette has taken up numerous legal causes that have changed lives. Her cases have included U.S. Supreme Court litigation that paved the way for women to attend state-supported military schools and led to marriage equality in South Carolina.

The City of Women map, found online at https://www.columbiacityofwomen.com/#/map, is a joint project of Historic Columbia and the Women’s Rights and Empowerment Network. It was created with a goal of recognizing women’s achievements and contributions to Columbia.

Located in Columbia’s historic business district, Burnette Shutt & McDaniel, PA’s attorneys are licensed to practice in all South Carolina courts and at all levels of federal courts, including the U.S. Supreme Court. The firm represents clients in a range of areas, including employment, environmental, education and family law. They also handle employee benefits and ERISA matters, civil rights cases, privacy and data protection issues and government matters such as eminent domain, land use and zoning. Learn more at burnetteshutt.law.