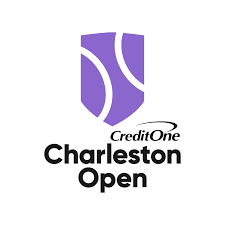 The Credit One Charleston Open, the largest women’s-only tennis tournament in North America, has been named the WTA 500 tournament of the year. The recognition comes from the Women’s Tennis Association (WTA) and is voted upon by the players. This is the first time that the Charleston Open, the annual clay season kickoff event on the WTA Hologic Tour, has received this top honor. The tournament will celebrate its 51st year in April 2023 at the renovated and modernized Credit One Stadium on Daniel Island in Charleston, South Carolina. Current player commitments include World No. 2 Ons Jabeur, World No. 3 Jessica Pegula, past Charleston champions Belinda Bencic, Madison Keys and Sloane Stephens and more.

“We are honored to be named the Tournament of the Year,” said Bob Moran, Tournament Director of the Credit One Charleston Open and President of Charleston Tennis LLC. “This recognition embodies the commitment to excellence that our event strives for each year. After an outstanding 2022 tournament that  included the introduction of a brand-new stadium, we could not be more proud to receive this award.”

The “Tournament of the Year” award recognizes the top tournaments showcasing excellence in staff and organization, passionate fans and a wider dedication to tennis and its athletes. The tournament awards are broken down into three categories, reflecting the different levels of WTA tournaments, with the winners as follows:

“The Credit One Charleston Open is a tournament I always look forward to competing at,” said Bencic, 2022 Charleston Champion, “I’ve played there six times and the staff, venue, volunteers and everyone connected to the tournament always go above and beyond to support the players to put on the best possible event.”

Recent WTA 500 Tournament of the Year award winners include the Porsche Tennis Grand Prix (Stuttgart) and St. Petersburg Ladies Trophy. The Credit One Charleston Open is the first US-based tournament to win the award in more than nine years.

The nine-day Credit One Charleston Open showcases a singles draw of 56 players, a qualifying draw of 32 players and a doubles draw of 16 players. The event traditionally hosts more than 90,000 attendees on Daniel Island.

Charleston Tennis, LLC, which manages Credit One Stadium under a lease from the City of Charleston, recently renovated and modernized the 20-year-old facility. The city-owned venue underwent upgrades to enhance the stadium experience for patrons, performers, tennis players and event management, allowing the venue to attract world-class athletes and talent to Daniel Island.

The Credit One Charleston Open celebrated its 50th year in 2022. The tournament has been a pioneer in women’s professional sports since 1973, paving the path for female tennis players to receive equal recognition, respect and pay in the sport. Originally held on Hilton Head Island, the event moved to Charleston in 2001 and is played on Daniel Island at the LTP Daniel Island tennis center, home to the Credit One Stadium.

Tickets can be purchased online at creditonecharlestonopen.com or by calling (843) 856-7900. When purchasing tickets for the 2023 Credit One Charleston Open, patrons have the option to choose from single session tickets ($25+) and a range of upgraded ticket packages and seat offerings, including the Intro Package ($280), Finale Package ($360), Champions Package ($275) and Tournament Long Package ($600+). Packages provide exclusive and premier views of the court from 100 and 200 level stadium seating, as well as the best value on tickets. In addition, select packages will also offer tennis patrons shaded seating, a new feature as part of the renovated stadium’s Stage House.

For additional information, please email [email protected]. For more information on the Credit One Charleston Open, visit creditonecharlestonopen.com or call 843-856-7900.

About the Credit One Charleston Open