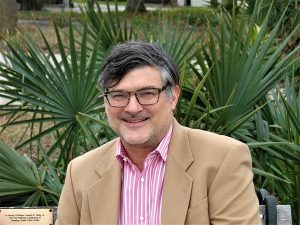 The Charleston Parks Conservancy has hired Tom McGuire as its executive director.

McGuire comes to the Conservancy from Washington, D.C., where he served as the executive director of the Friends of the National Arboretum, an independent nonprofit established to support the U.S. National Arboretum. McGuire’s past experiences also include serving as president and CEO of eNature, a provider of digital educational material and mobile applications as well as senior leadership roles at the National Wildlife Federation and World Wildlife Fund. McGuire has also served on the boards of the National Wildlife Action Fund and EarthShare.

“We are delighted to welcome Tom to our staff and to Charleston,” said Kitty Robinson, chair of the search committee and member of the Charleston Parks Conservancy board of directors. “With more than 30 years of executive leadership experience, and with specific experience leading organizations focused on environmental issues, we believe Tom is uniquely positioned to lead the Conservancy and direct its continued impact in our community.”

“I am excited to be a part of this dynamic organization,” McGuire said. “The Conservancy’s mission of connecting the people of Charleston with their parks and strengthening the community around them is an inspiring one that seems more timely every day.”

At its meeting on Feb. 2, the board of directors also elected Charles “Charley” McLendon as chairperson. McClendon succeeds Darla Moore, who has served as chairperson since founding the organization in 2007. McLendon is managing principal at Laurens Capital Advisors, LLC.

“We are incredibly indebted to Darla for her visionary leadership and years of service to the parks and the citizens of Charleston,” McLendon said. “Having her continued involvement with the board as chair emeritus will be invaluable.”

Moore thanked the board for the honor of being named chair emeritus, saying, “I’m as proud of the Charleston Parks Conservancy and what we achieved together as any organization I’ve worked with. I’m eager to see them continue to grow and develop with new leaders.”

The board of directors also welcomed two new board members, Harry Lesesne and George Bullwinkel. Lesesne is executive director of The Darla Moore Foundation and served as the executive director of Charleston Parks Conservancy from 2012 to 2020. Prior to joining the Conservancy, he served as senior adviser to Charleston Mayor Joseph P. Riley Jr., where he was responsible for advising the mayor on all aspects of city government.

About the Charleston Parks Conservancy

The Charleston Parks Conservancy is a nonprofit organization dedicated to inspiring the people of Charleston to connect with their parks and create stunning public places and a strong community. For more than 13 years, the Conservancy — through public-private partnerships — has had a hand in renovating and beautifying more than 20 parks in the City of Charleston. In 2020, renovations were completed at Moultrie Playground and at St. Julian Devine Community Center & Park. Other notable projects include the complete renovation of Colonial Lake, the renovation of the Rose Pavilion at Hampton Park as well as Magnolia Park and Community Garden and Medway Park and Community Garden. For more information, visit www.charlestonparksconservancy.org.