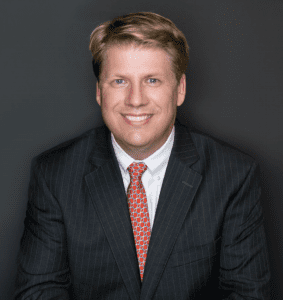 Coastal Carolina Council of the Boy Scouts of America announced that Chris Staubes has been elected Council President and Chair of the Executive Board. His two-year term of office began in January 2020. He succeeds Matt Yaun, who served as Council President in 2018 and 2019.

In accepting the position, Staubes said: “I follow in the footsteps of a long line of very distinguished volunteer leaders and look forward to delivering the best programs available to the youth we serve.”

Staubes is the owner of Staubes Law Firm, LLC, a business focused law firm based in Charleston, SC. His involvement in Scouting began in Troop 50 in  Charleston, SC, where he achieved the rank of Eagle Scout in 1985. He has served the Coastal Carolina Council in various roles on the Executive Board since 2009, and in 2019 was recognized with the National Eagle Scout Association’s Outstanding Eagle Scout (NOESA) award.

Having served on the Charleston County School Board, and as founder and President Emeritus of the Mount Pleasant Chamber of Commerce, Staubes has been widely recognized by many organizations for his philanthropy and commitment to community service.