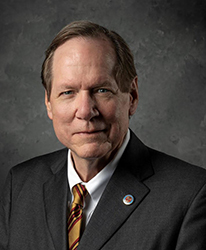 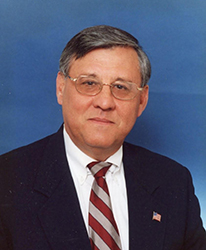 The two newest members of The Citadel Board of Visitors, Col F. G. “Greg” Delleney, Jr., and Col. Robert E. Lyon, Jr., have officially assumed their role in leading the college.

In addition to the new members, the Board also elected to retain Colonel Fred L. Price, Jr. as chair and Colonel Myron C. Harrington, Jr., USMC (Ret.) as vice-chair. Under their leadership as board chair and vice-chair, The Citadel was twice selected as the #1 public university in the South among colleges offering up to a master’s degree by U.S. News & World Report, and in 2018 was selected as the #1 university in the South for Veterans.

Col. F. G. “Greg” Delleney, Jr., is a member of the Class of 1974 and was appointed to the Board by Gov. Henry McMaster. Delleney has been a partner of Hamilton, Delleney, Grier & Cotton, LLC in Chester, South Carolina since 1988, where he assists his clients with a variety of legal matters concerning criminal law, personal injury, Worker’s Compensation, Social Security, and traffic violations. After serving in the Navy from 1974 – 1977, he retired from the US Naval Reserves as a Commander in 1995. He was an elected member of the South Carolina House of Representatives, District 43, from 1991 – 2018, including having served as Chairman of the House Judiciary Committee. Delleney graduated from The Citadel with a Bachelor of Arts in Political Science and earned a Juris Doctor Degree from the Cumberland School of Law, Samford University.

Col. Robert E. Lyon Jr., is a member of The Citadel Class of 1971 and was elected to the Board by members of The Citadel Alumni Association (CAA). Lyon is an attorney who practices non-profit corporate law and serves as deputy executive director and general counsel for the South Carolina Association of Counties. Lyon has volunteered in numerous roles with the CAA since the late 1980s and has been a member of the South Carolina Bar Association and the International Municipal Lawyers Association. He graduated from The Citadel with a Bachelor of Science in Business Administration and a Master’s Degree in Public Administration and Juris Doctor Degree the University of South Carolina. After graduating from The Citadel, Lyon earned a commission from the U.S. Army, rising to the rank of captain. He also served as the Mayor of Irmo, South Carolina. He and his wife Cynthia are members of the First Baptist Church of Irmo, SC.

About The Citadel Board of Visitors

The Citadel BOV has 14 voting members. Ex-officio members include the governor, the adjutant general and the state superintendent of education; the other 11 members are graduates of The Citadel. Members serve six-year terms. There is no limit to the number of terms that a board member may serve and no age limit. Board members have the rank of colonel in the Unorganized Militia of South Carolina. If members have earned a higher rank in military service, they may retain that rank.