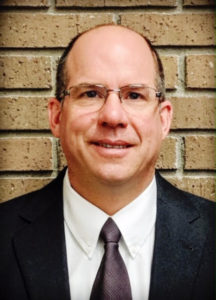 The City of Cayce is pleased to announce that a new Assistant City Manager has been selected and that he will dive into his new role with the City beginning tomorrow morning.

“We had so many qualified and dynamic people apply for this position,” stated Cayce City Manager, Tracy Hegler. “In his role as the Deputy Chief of the Cayce Department of Public Safety, James Crosland achieved so much and is very well-respected throughout our community. His professionalism, ability to lead multiple teams within the Department, and his understanding of the needs of our residents and businesses made him the perfect fit for this position.”

A Midlands native, Deputy Chief James E. Crosland has served with the United States Coast Guard, as a Corrections Officer with Lexington County, an Officer of the Lexington County Narcotics Enforcement Team, a Patrol Sergeant for the Irmo Police Department, and as an instructor at the SC Criminal Justice Academy. He has earned his Associate and Bachelor’s Degrees’ in Criminal Justice, is a 2016 graduate of the FBI National Academy and earned his Certified Public Manager’s Credentials through the South Carolina Budget and Control Board. Crosland and his wife, Natalie, have two sons, Jimmy and Grady.

The Cayce Department of Public Safety has hired John “JJ” Jones to serve as the new Deputy Chief of the Department. Jones, previously a Major with the Lexington County Sheriff’s Department, will officially step into his new role on August 22nd. Director Byron Snellgrove expressed how proud he was to watch Deputy Chief Crosland move into a new leadership position. He further stated that he was excited about the hiring of Major Jones as it would continue to strengthen the bond between the two agencies.