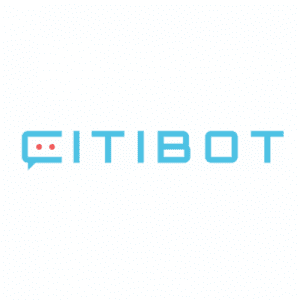 The city of Charleston today announced its launch of Citibot, an interactive text messaging and customer service tool for civic engagement with government.

With Citibot, residents and visitors of Charleston will be able to use text message-based technology to easily access city information regarding business licenses, garbage and trash collection, permits, public meetings and more.

Citizens can also use Citibot to report issues, including potholes, broken street signs, or missed garbage or trash pickups, via an interactive chatbot that instantly responds to text messages and follows up once the issue has been resolved.

Charleston Mayor John Tecklenburg said, “The citizens of Charleston deserve top notch customer service, and Citibot will be another important tool at their disposal. Working in concert with our Citizen Services Desk, this new text message-based service will further enable citizens to access critical city information while on the go.”

Based in Charleston, SC, Citibot LLC was formed in 2016 with a mission of making cities and counties accessible for all. Bratton Riley, Citibot’s co-founder and CEO, was inspired by the evolution of the conversational chatbot and its ability to help governments be more accessible and accountable to every resident.

“People’s expectations of high-quality customer service are ever-increasing,” said Riley. “Cities like Charleston are leading the way by delivering powerful solutions to maximize efficiency and enhance access to information and vital services.”

Citibot is a tool for residents and their governments to use for efficient and effective communication and civic change. Using text messaging, Citibot can help to report a problem, search the city website, send notifications and view analytics. Citibot empowers residents to solve city problems and get questions answered immediately via text message. For more information visit http://citibot.io or connect with Citibot on Facebook (/citibotio) or Twitter (@citibot_io).