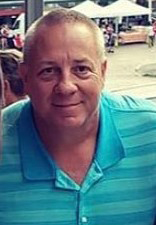 In its 61st year, this award is one of APWA’s highest honors, and is based on a lifetime of professional contributions. Recipients embody professionalism, expertise, and personal dedication to improving the quality of life in their communities through the advancement of public works services and technology.

“It is an honor for APWA to recognize these ten outstanding individuals for their dedication to the profession of public works and their daily efforts to make the lives better for the citizens in the communities they serve,” said APWA President Bill Spearman, P.E.

Anderson is recognized for his outstanding career service achievements. He is among a group of individual public works professionals and officials from both the public and private sectors in North America. Anderson has served the City of Columbia since 1988 starting at the Transfer Station Supervisor and worked his way up to Public Works Director. Over his career, Anderson has been instrumental in numerous city projects. His most notable accomplishments include:

“We are absolutely thrilled Robert was named Top 10 Leader. He has served the City of Columbia and APWA with unwavering dedication. He truly embodies what it means to be a Top 10 Public Works Leader. He always has the best interest of the City and its residents when making decisions on how to protect and improve quality of life. We are honored to have him as a local leader,” said Dana Higgins, South Carolina chapter of APWA president.

Anderson is a dedicated leader who makes it possible for the core services to be provided to the City of Columbia and to maintain a high quality of life.

The American Public Works Association is a not-for-profit, international organization of more than 30,000 members involved in the field of public works. APWA serves its members by promoting professional excellence and public awareness through education, advocacy, and the exchange of knowledge. APWA is headquartered in Kansas City, MO, has an office in Washington, D.C., and 63 chapters and 97 branches throughout North America.