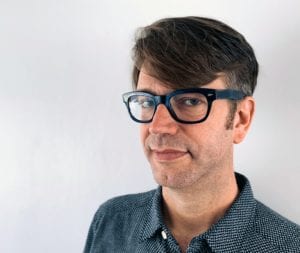 James Stevens, AIA, has been appointed director of the School of Architecture at Clemson University. He is scheduled to begin his new leadership role on June 1, 2020.

Stevens comes to Clemson from Lawrence Technological University near Detroit, where he has served as chair of architecture since 2015.

“I am very pleased to welcome Jim to our College,” said Timothy R. Boosinger, interim dean of the College of Architecture, Arts and Humanities. “With his combination of vision, experience and passion, he will continue the School of Architecture’s century-long tradition of excellence. As director of a great faculty and staff, and through his deep commitment to service learning, he will help prepare our current and future Clemson students to be leaders in the design and preservation professions.”

Jim comes to us from Lawrence Technological University, where he served as chair of architecture. He is a recipient of the AIA Henry Adams Medal for Excellence in the Study of Architecture. He brings with him a global perspective and a rich understanding of urban planning. He is an innovator in new technologies and yet is well-grounded in historic forms of architecture.

Stevens is a respected academic, architect and innovator in emerging fabrication technologies.

In 2016, Stevens was named a Fulbright Scholar in Albania.

He was the founding director of makeLab at Lawrence Tech. The digital design and fabrication studio engaged students and faculty in research and industry-sponsored projects. He has presented lectures and maker workshops all over the world, and helped students in Albania establish a fabrication lab.

Stevens recently completed his Ph.D. in Architecture and Urban Planning at the University of Ferrara in Italy.

In addition to his international resume, Stevens has close ties to the South as a native North Carolinian. He graduated from the Savannah College of Art and Design with a Bachelor of Fine Arts in Historic Preservation. He earned his Master of Architecture degree from North Carolina State University, where he was a recipient of the prestigious AIA Henry Adams Medal for Excellence in the Study of Architecture.

About the School of Architecture

The Clemson University School of Architecture is known for offering an education across the Fluid Campus.  Students gain new perspectives by spending one of their semesters learning from the Clemson Design Center in Charleston, or architectural centers located in Genoa, Italy, and Barcelona, Spain.

For eight consecutive years, DesignIntelligence has listed the Master of Architecture program at Clemson University as one of the Top 10 accredited graduate programs at U.S. public universities. In 2019, the bachelor’s degree in landscape architecture was ranked #13 and the master’s degree was ranked #19 among public programs.

DesignIntelligence placed Clemson’s architecture and landscape architecture programs among its Top 10 “Most Hired From” schools, when compared to programs of the same size. The school’s focus on “Healthy Built Environments” was recognized in the Top 10 among all private and public architectural programs nationwide.

Kate Schwennsen, who led the School of Architecture since 2010, plans to continue teaching on the faculty of Clemson University.