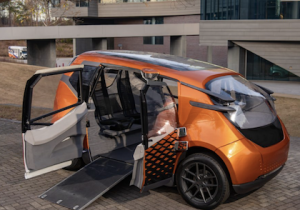 Clemson University is nationally known for its football team, Tiger Paw logo and distinctive shade of orange, but when alumni and faculty gather in Las Vegas for the 2023 Consumer Electronics Show, they will have a different color on their minds.

They will be thinking green — and not the kind you win at the blackjack table.

The team will unveil Deep Orange 11, an innovative concept car highlighting challenges that will need to be overcome as the world transitions to a more sustainable future. When the alumni were students, they designed and built the car to be sustainable, from the vehicle’s ultralight frame to the electricity that makes it go.

“I have been waiting for this moment since the time we finished it,” said Aditya Bhagat, who graduated two years ago and now works as a battery-systems engineer for Nikola Corporation. “I was very happy to learn that we are finally unveiling it and that it’s being unveiled at one of the biggest events out there for EVs.”

All Clemson students who pursue a Master of Science in automotive engineering participate in Deep Orange, a program that replicates the experience of working at an original equipment manufacturer or supplier. Students collaborate with industry partners to design and build a prototype vehicle from scratch.

ExxonMobil and Honda R&D Americans sponsored Deep Orange 11. The car’s theme, “Sustainable by Design,” means that sustainability was no afterthought. Rather, students started working to make the car environmentally, economically and socially sustainable on the front end when it was just an idea.

Shaped like an orange capsule on four wheels, Deep Orange 11 was envisioned as a ride-sharing vehicle that would hit the streets in 2035. It runs primarily on electricity and has a low-GHG-emission internal combustion engine to extend its range.

While students gave the car many sustainable features, one thing it doesn’t have is a steering wheel. Deep Orange 11 runs autonomously and has been tested on a closed track.

The car is also highly durable, designed to last 1 million kilometers, which is about 621,000 miles.

What is Deep Orange?

The program provides students with experience in market analysis, target customer profiles, vehicle design, prototyping and manufacturing while balancing costs and design targets in an aggressive timeline. The innovative vehicle prototype program encourages students to push the boundaries of conventional design and engineering.

The project’s lead faculty member was Srikanth Pilla, the Jenkins Endowed Professor of Automotive Engineering and the founding director of the Clemson Composites Center.

“It was fantastic,” he said of the project. “We went from nothing, not even a base platform, to a fully functioning vehicle. Students had the full vehicle-development experience, and the vehicle they created was outstanding.”

Plans for Deep Orange 11 were first announced in December 2018, and students finished most of it by graduation in August 2020. They were based at the Clemson University International Center for Automotive Research (CU-ICAR), an innovation campus in Greenville, South Carolina, about 40 miles from the main campus.

Piyush Girade, who was the deputy vehicle engineer for Deep Orange 11, also plans to join the team for the unveiling. For him, Deep Orange was much more than a mere capstone project to finish his degree.

He learned technical and leadership skills that he now employs at Nikola Corporation, where he works with Bhaga as a battery-systems engineer.

“Before we even graduated, while we were in the thick of it, we kept realizing that this was a one-of-a-kind experience,” he said. “Classroom lectures were not going to give us what we were experiencing on a daily basis.” 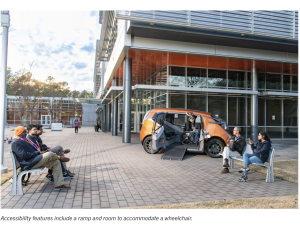 Completing the car was a triumph over COVID-19. When much of the nation started social distancing in March 2020, the Deep Orange 11 team did the same, except for a few select members who were allowed to take care of necessary tasks.

The rest did what they could remotely, but the team had some catching up to do when they returned to the lab about a month later, this time with respirator masks and other protective gear. They worked long hours, often grabbing lunch in the lab and leaving just long enough to catch some sleep.

Chris Paredis, who oversaw the Deep Orange program while its 11th version was in development, said everyone from the sponsors to the faculty was pleased with how the students pulled the vehicle together.

“I think it came out better than we could have hoped, and now this final phase with the unveiling at CES, that’s the cherry on top,” said Paredis, the BWM Chair in Systems Integration at Clemson.

Stuart Milne, ExxonMobil manager of sustainable products and life cycle assessments, added: “We are grateful for the opportunity to partner with Clemson. Clemson’s team of students and faculty did a spectacular job. They had a truly challenging task, considering the four key areas for the students to explore (circular economy, light-weighting, ultra-low emissions and durability for the shared economy).”

Students built Deep Orange 11 with the idea that it would carry passengers around Greenville, a city of 72,000 with a vibrant business and entertainment district. While doing market research, the team predicted that in the future, more people will leave behind their personal vehicles and instead opt for ride-sharing services, such as Uber or Lyft. 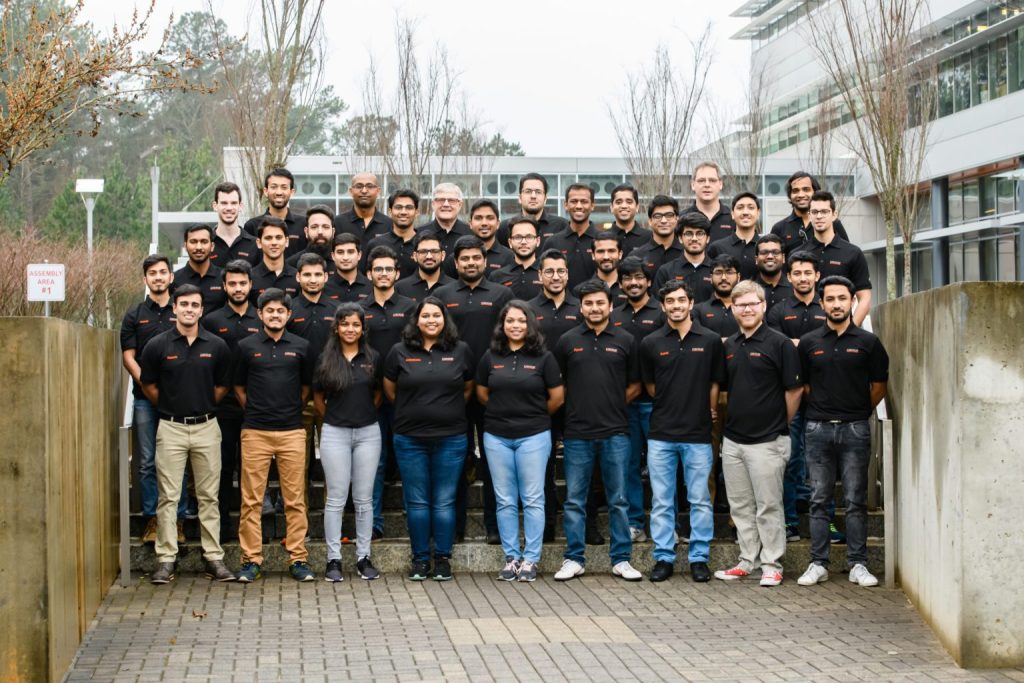 The Deep Orange 11 team designed and built a prototype ride-sharing car with the theme “Sustainable by Design.”

Students outfitted the car so that it could take advantage of smart-city technology. The idea is that by 2035, areas to recharge the battery will be plentiful and infrastructure will communicate with vehicles to improve navigation, making them less reliant on GPS. 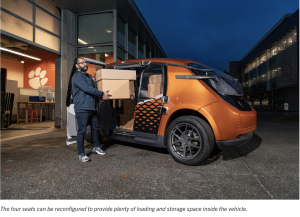 But some of the most innovative features of the car would seldom be seen by its passengers, and those features are key to making the car as lightweight and energy-efficient as possible.

The battery enclosure is made out of carbon fiber that has been recycled from the aerospace industry. The frame is a system of interlocking tubes made out of composite materials connected by 3D-printed steel nodes.

Pilla, who is internationally renowned for his work with composite materials, said the ones used in Deep Orange 11 are ultralight, but creating an entire car out of them would be cost-prohibitive.

Sustainability is often discussed in an environmental context, but the Deep Orange 11 students took it a step further and made the car socially sustainable as well. The car lowers itself and deploys a ramp to make it wheelchair accessible. The four seats can be reconfigured to open space inside the vehicle.

Bhagat, who was the car’s chief vehicle engineer, said what he liked best about the project was that students were tasked with designing and building a car of the future and then given wide latitude on how to do it.

“From that point on, the sky’s the limit,” Bhagat said. “You can imagine it however you want it to be — to define what the car would look like and own the product, the process and even the testing. You get to work on the whole car. You can say, ‘OK, that is my car’ — and that is sick.”