Each year, the faculty chooses one senior who displays qualities of leadership, service, and dependability to compete for the award. Wages was selected for Clinton High and competed with others from across the state for two SCDAR Good Citizen Awards.

The students competing for the award participated in a process which included composing a timed essay on an assigned citizenship topic.  Two seniors, one male and one female were selected from the statewide candidates.  The winners were selected based on their application and essay. 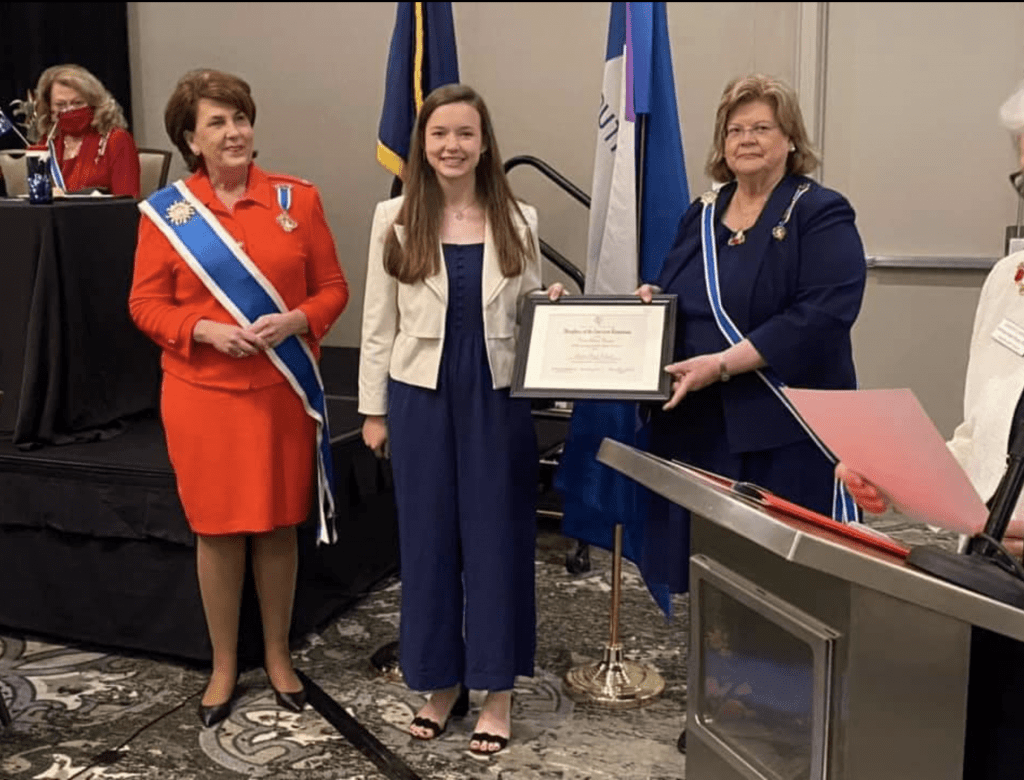 Wages received her award at the South Carolina State Society of the National Society of the Daughters of the American Revolution Annual State Conference held in Charleston on Friday, March 19th.

Congratulations Kate! Clinton is proud of you!