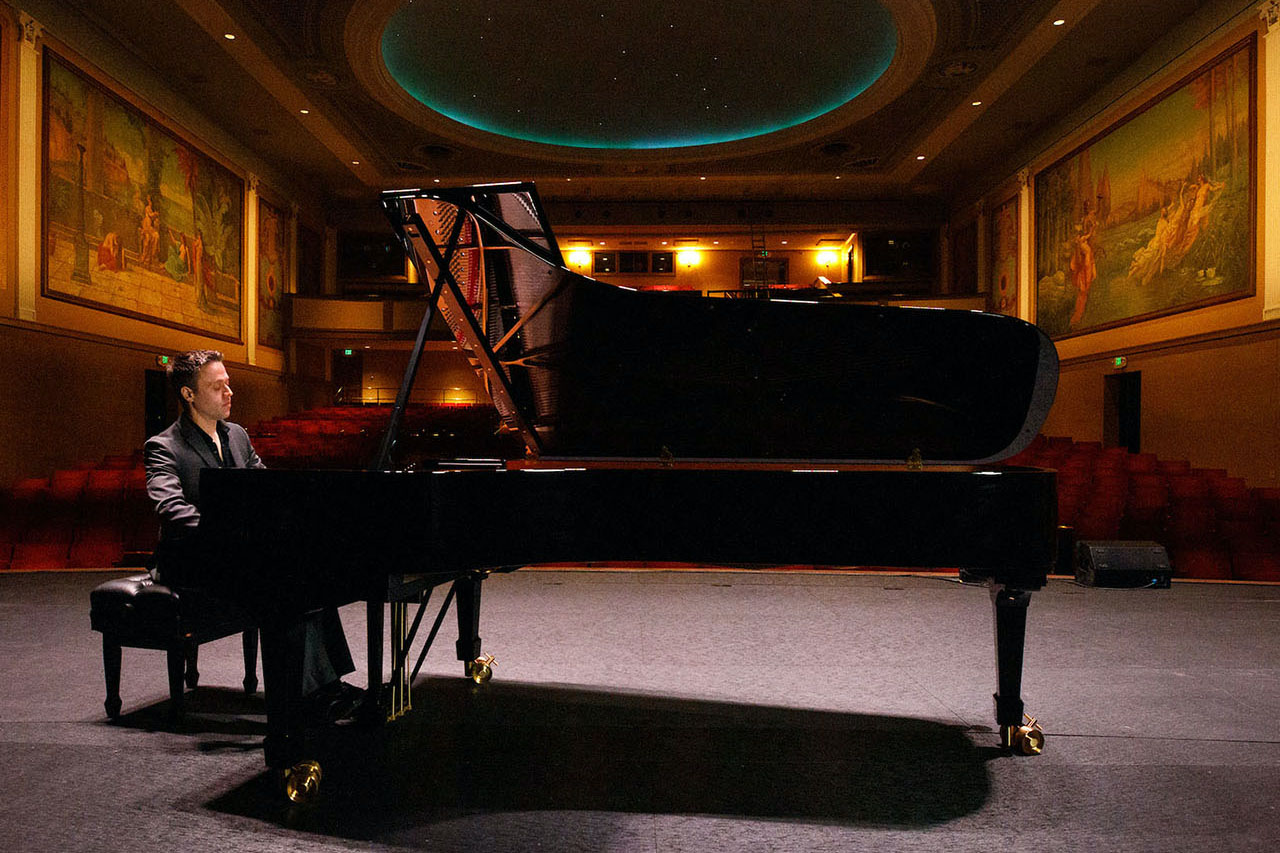 [In May 2021, we interviewed Paul Sánchez as part of our Artist Minute series – CLICK HERE]

Paul Sánchez, director of piano studies and artistic director for the International Piano Series (IPS) at the College of Charleston, couldn’t have been more proud when Dreams of a New Day, his collaborative album with operatic baritone Will Liverman, hit No. 1 on the Billboard Traditional Classical Albums chart last February.

That is, until it was nominated this month for a Grammy Award for Best Classical Solo Vocal Album!

“This Grammy nomination is a huge honor, and it’s an amazing and humbling affirmation that my rather maverick focus on important-but-underrepresented music – and this project with my friend Will Liverman, in particular – have made a positive and meaningful impact in the world,” says Sánchez.

That’s why when Liverman came to him with the idea, Sánchez jumped at the opportunity.

“He selected music for our album that was personally meaningful to him, and we are so honored that our recorded performances of those powerful works have proven to connect deeply with listeners,” he says, explaining that the record features American art songs by Black composers both past and present. “Music by Black composers is underrepresented in recordings and in live performance, and it’s music that should be heard.”

Sánchez and Liverman began this project in March 2019 with hopes to begin recording in March 2020. But after the pandemic hit, Cedille Records pushed the recording back to July. Because of this delay, Liverman and Sánchez found themselves recording Dreams of a New Day during ongoing protests for racial justice.

The central recording on the album, which Chicago Reader called “both timeless and all too timely,” is called “Two Black Churches” by Shawn Okpebholo, which features Charleston Poet Laureate Marcus Amaker’s poem, “The Rain,” and links the 1964 16th Street Baptist Church bombing in Birmingham, Alabama, and the 2015 Mother Emanuel AME Church shooting in Charleston.

“Making music more accessible, sharing it with underserved communities and recording and performing underrepresented works by composers outside of the Western art music canon has been my passion throughout my career,” says Sánchez. “It’s an adventure into uncharted territory to delve into new works that haven’t yet been shared with the world, and it’s a joy knowing that the music might be a positive force in the life of a listener, and might make other performing artists aware of these composers’ works.”

Classics Today calls the album “a unique and thought-provoking encounter not only with some first-rate music and performances, but also with equally important poetic texts that in various ways express the Black experience in America.” The New Yorker said, “Liverman and the pianist Paul Sánchez perform the diptych with clarity, sensitivity, and barely contained heartbreak,” while BBC Music Magazine described the albums as “a powerful tribute to a sea of talent too often neglected and sounds a call for social justice.”

These reviews make Sánchez even more proud than the Grammy nomination.