If you need a reminder that there are good people in the world, look no further than College of Charleston junior Reese Phillips. 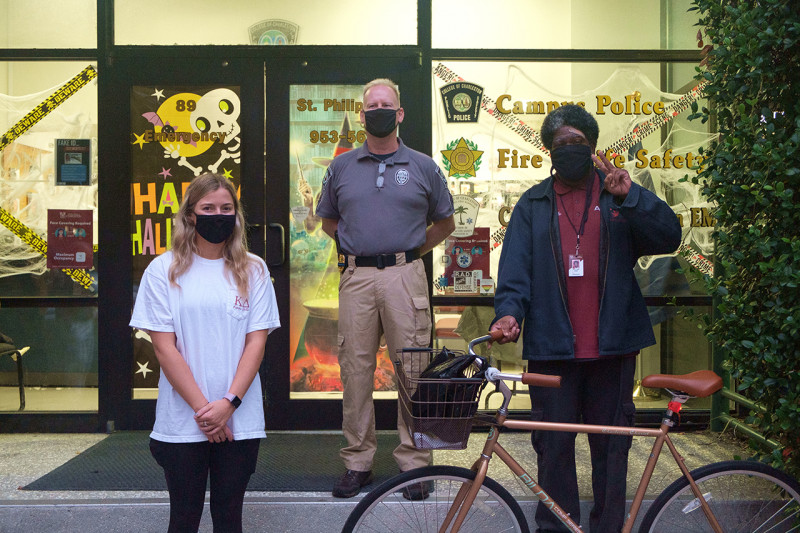 Recently, Phillips was in her downtown apartment when she heard a terrible noise outside. She ran out the front door and discovered a car had hit a bicyclist outside her house. The car quickly sped away, leaving the injured cyclist lying in the street. Minutes later, an ambulance arrived on the scene to treat the hit-and-run victim. He suffered some injuries, but was going to be OK. 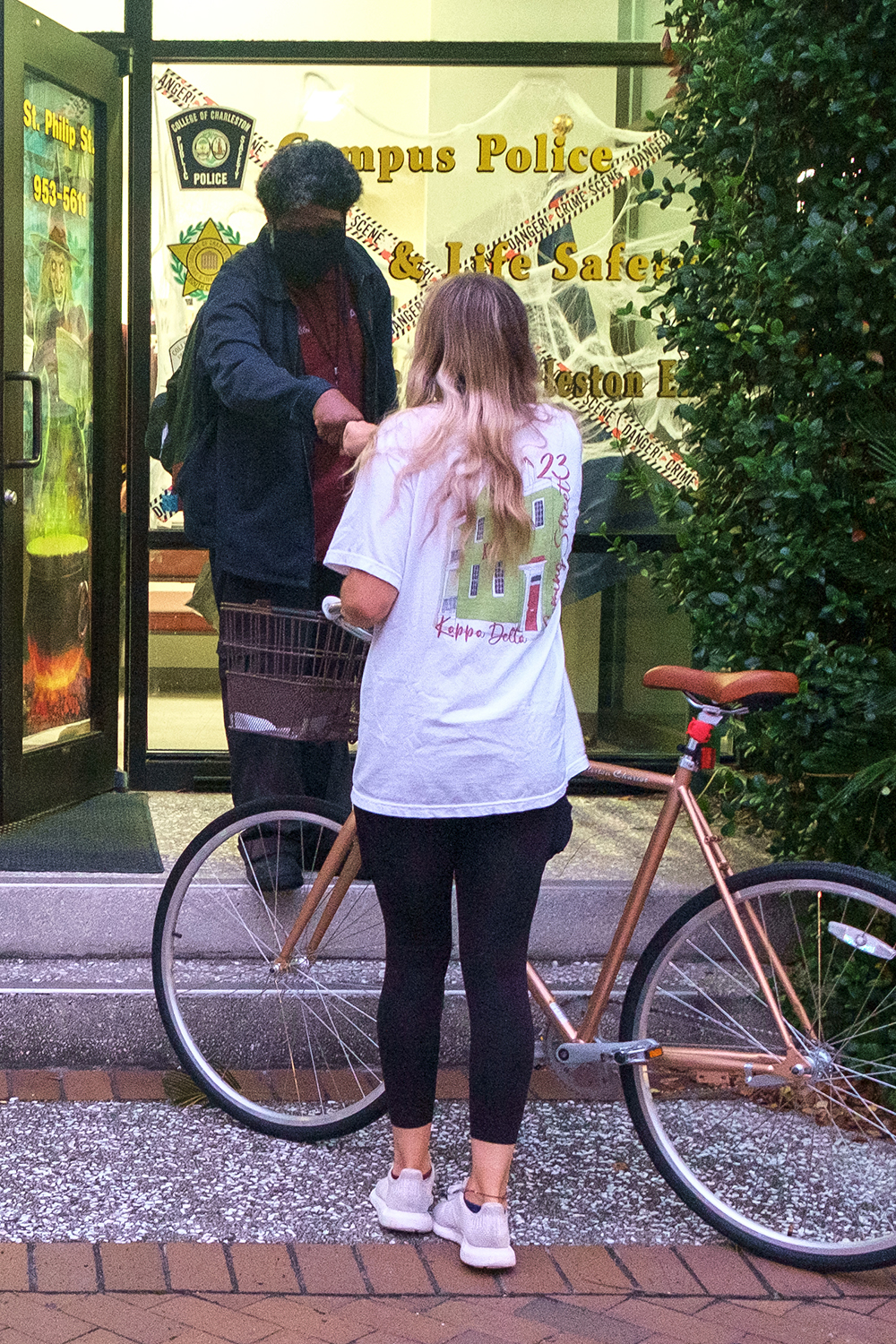 His bike, however, was not OK. It was destroyed in the wreck.

“I feel like there is a lot of negativity in the world right now,” she says. “I saw an opportunity to help someone out and decided to go for it.”

And so she contacted the owner of Affordabike, Daniel Russell-Einhorn ’09, and told him the story. It wasn’t long before she had a new bike – complete with a basket and lights – for the injured cyclist. Now she just had to find him.

All she knew was that he’d been wearing a College of Charleston work shirt, so she started by contacting the Department of Public Safety to see if they had any clue. She spoke to Sergeant Peter Russell, who promised to look into it and let her know what he found. And, by the end of his shift, he made good on that promise. 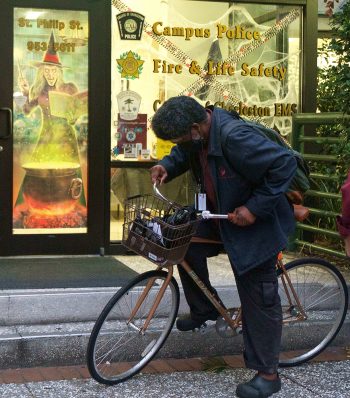 Michael Sims, who works in Facilities Management, with his new bicycle.

The victim of the accident was William Sims, an ABM contract employee with Facilities Management – and, with a little coordination on Sgt. Russell’s part, he and Phillips finally got to meet.

It all came together at the Public Safety office, where Phillips presented Sims with the new bike, and the Department of Public Safety presented him with a new U-bolt lock to help him keep his new ride safe and secure.

“You never know what people are going through in their lives,” says Phillips. “I think it is nice to give back and help others out when you can.”