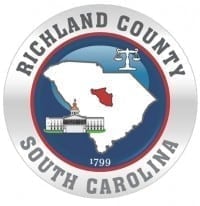 A section of the road between the nearby Richland Hills and Alexander Pointe subdivisions was closed in November, allowing crews to install new culverts to improve drainage along the roadway and address flooding in neighborhoods near Branch Creek.

The new, larger culverts allow more water to flow under the road, helping to prevent problems such as water damage to the road in the historically flood-prone area.

With the new culverts in place, contractors with Richland County Transportation began repaving the amended section of Rabbit Run Road on Friday. Temporary striping was then added and the road reopened to motorists and pedestrians.

Crews still have to apply thermoplastic striping to make the current stripes reflective and more visible at night. That work will be completed at a later date.