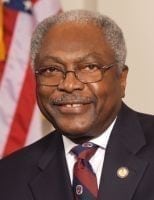 Today, Congressman James E. Clyburn announced that the U.S. House of Representatives has approved $20 million to fund several highway and transit projects in the Sixth Congressional District. This funding was included in the INVEST in America Act, which passed the House today. The legislation still needs Senate approval and the President’s signature before the funds are distributed.

“I am pleased the House has approved these community priorities, which will address needs identified by local entities,” said Congressman Clyburn. “These project allocations mark the first opportunity for Members of Congress to respond directly to community requests in more than a decade.  I have fought for, and will continue to support, the responsible and transparent appropriation of federal funds to meet the needs of the communities I have been elected to represent.”

Below is a list of projects in South Carolina for which Congressman Clyburn secured funding in the INVEST in America Act:

A full fact sheet of the INVEST in America Act can be found here.