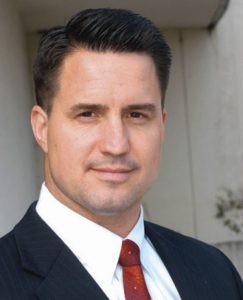 The Senate award made on the motion of Sen. Thomas Alexander, congratulates and commends Connor for “service both as chair of the National Security Task Force, South Carolina Floodwater Commission, and as the S.C. Emergency Preparedness Liaison Officer (Title 10), U.S. ARMY NORTH.”

Further, “This honor is indicative of your years of distinguished military service, as well as your leadership in defense of our state and nation against threats whether from natural or man-made disasters as well as armed enemies of the United States.”

Connor, a decorated U.S. Army Infantry officer, has deployed multiple times to the Middle East. He was the senior U.S. military adviser to Afghan forces in Helmand Province, Afghanistan. He is graduate of The Citadel, the USC School of Law, and a distinguished graduate of the U.S. Army War College. As the Emergency Preparedness Liaison Officer for S.C., he is the senior representative of U.S. ARMY NORTH for the Palmetto State.

Led by Mullikin – who in addition to leading the S.C. Floodwater Commission is the recently retired commanding general of the S.C. State Guard – the SC7 Expedition is a month-long, 500-mile exploratory venture which began in Oconee County on July 1 and will conclude in Charleston, July 30.