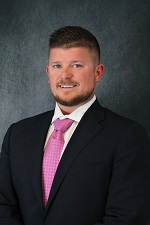 Councilman Joe Walker III announced Thursday he will not seek re-election for his seat on Richland County Council later this year.

Walker, who was elected to a four-year term in 2018, represents District 6, which includes Forest Acres and a portion of Fort Jackson. In a letter to his constituents, the Councilman explained his decision, calling it “difficult.”

“It is with a great deal of humility and sincere appreciation that I want to thank you for electing me to represent you on Richland County Council for the past four years,” Walker wrote. “Next to serving my country, it has been an incredible honor and privilege to represent and protect your interests on Council.”

While on Council, he wrote, Walker prioritized projects that will benefit Richland County residents for years to come, including:

Walker plans to complete his current term on Council, which expires in December.