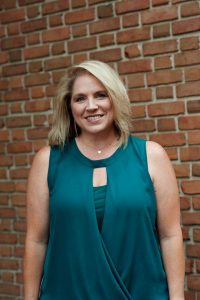 Countybank is pleased to recognize Dayle Mumford as she transitions into her new role as Vice President, Professional and Executive Relationship Manager.

Mumford joined Countybank in 2001 as a Relationship Manager before transitioning to Financial Center Manager, where she was responsible for overseeing financial center operations and managing consumer loans. Mumford was promoted to Financial Center Manager and Personal Banker/Small Business in 2017, where she continued to lead the bank’s retail banking efforts at Countybank’s Uptown Greenwood location. In her new position, Mumford will be responsible for retaining and expanding professional and executive customer relationships, as well as expanding her residential construction portfolio.

Mumford has almost 30 years of banking experience and holds a Bachelor’s degree from Lander University. She is an active member of the Greenwood community.

“During her more than two decades with Countybank, Dayle has shown tremendous leadership and dedication to the bank,” said David Tompkins, Greenwood Market Executive at Countybank. “Dayle has been an integral part of the Countybank family, and we are excited to welcome her into this new leadership role.”

“Dayle’s transition to a business development-focused role will allow her to further leverage the solid relationships she has already built within the Greenwood community,” said Ken Harper, Chief Banking Officer at Countybank. “I look forwarding to seeing Dayle’s continued success in her new role.”