The Consumer Price Index for All Urban Consumers (CPI-U) increased 0.8 percent in February on a seasonally adjusted basis after rising 0.6 percent in January, the U.S. Bureau of Labor Statistics reported today. Over the last 12 months, the all items index increased 7.9 percent before seasonal adjustment.

Increases in the indexes for gasoline, shelter, and food were the largest contributors to the seasonally adjusted all items increase. The gasoline index rose 6.6 percent in February and accounted for almost a third of the all items monthly increase; other energy component indexes were mixed. The food index rose 1.0 percent as the food at home index rose 1.4 percent; both were the largest monthly increases since April 2020.

The index for all items less food and energy rose 0.5 percent in February following a 0.6-percent increase the prior month. The shelter index was by far the biggest factor in the increase, with a broad set of indexes also contributing, including those for recreation, household furnishings and operations, motor vehicle insurance, personal care, and airline fares. 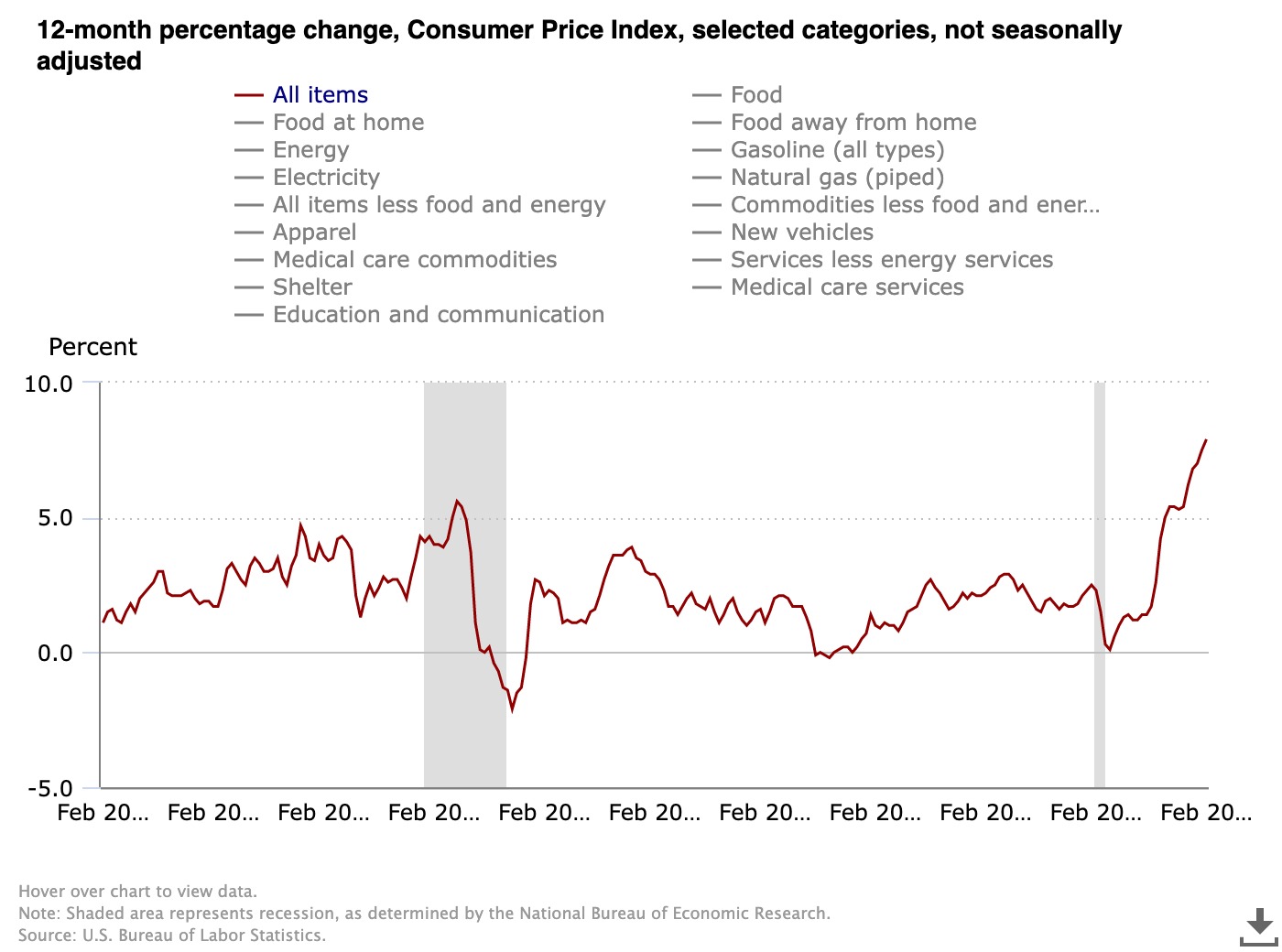 From the U.S. Bureau of Labor Statistics