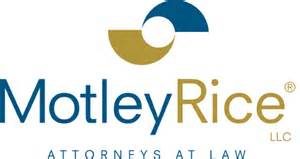 MT. PLEASANT, SC – A federal jury in Charleston yesterday found SAR Automation, L.P., liable in the death of former Summerville resident David Priester, Jr. The jury awarded $8.8 million in compensatory damages for wrongful death and other claims brought by his widow, Lisa Priester, and their two daughters. The Honorable David C. Norton of the U.S. District Court for the District of South Carolina presided over the two-week trial. Motley Rice LLC, based in Mt. Pleasant, S.C., represented Mrs. Priester.

In March 2013, Mr. Priester, age 38, an employee of the Boeing Company, fell 18 feet onto a concrete floor at the North Charleston facility. Eleven days later, he passed away from traumatic brain injury sustained during the accident. Shortly before the fall occurred, Mr. Priester was standing at the end of an automated slider attached to an elevated mobile platform while working with three other employees as they placed plastic in the seams of the body of a 787 plane. Following a routine “rotation” maneuver of the fuselage, the sliders were redeployed so they would fit next to the airplane. One of the sliders on the front end of the platform stopped, but the other 17 sliders continued to deploy as commanded by the platform’s computer system. Unbeknownst to Boeing and its employees, SAR Automation had modified the platform’s computer system from its original design intent. Small openings were normal between the platform and airplane fuselage, but the malfunction of the slider created a larger space, and Mr. Priester fell through this gap.

The jury learned that Boeing contracted SAR as early as November 2012 to commission and install the new Cell 90 platform. During installation, SAR failed to commission and install software that would have installed intended safety features, horns and emergency lighting designed to activate and warn employees of dangerous gaps. If completed, the installation would have prevented Mr. Priester’s injuries by stopping all sliders and turning on lights and sirens, which would have kept employees from going out to work on the sliders. According to live testimony of involved Boeing engineers, the original software designer, Intec Automated Controls, Inc., of Michigan and controls engineers, the removal of these safety features from the software created a “manufacturing defect” that rendered Cell 90 “unreasonably dangerous.”

Mrs. Priester said, “It’s been over four years since David’s tragic death. This verdict sends a message to employers that men and women deserve to work in a safe environment. My hope is that this tragedy will result in better worker protection at Boeing and other manufacturers in South Carolina.”

“In a modern manufacturing environment where hard-working employees depend on automated systems, manufacturers need to be held accountable if they do not complete software design installations necessary to prevent killing workers,” said Motley Rice member attorney Kevin Dean.

Motley Rice attorneys Kevin Dean, Anne McGinness Kearse and W. Taylor Lacy represented The Estate of David Priester. The case is Lisa J. Priester, individually, and as a Personal Representative of the Estate of David A. Priester, Jr., vs. SAR Automation, L.P., No. 2:14-cv-01108-DCN in the U.S. District Court for the District of South Carolina Charleston Division.

Motley Rice is one of the nation’s largest plaintiffs’ litigation firms. With a tradition of representing those whose rights have been violated, Motley Rice attorneys gained recognition for their pioneering asbestos lawsuits, their work with the State Attorneys General in the landmark litigation against Big Tobacco, and their representation of 9/11 families in the ongoing lawsuit against terrorist financiers. The firm continues to handle complex litigation in numerous areas, including securities fraud; antitrust; consumer protection; mesothelioma; environmental contamination; prescription and over-the-counter drugs; other medical devices; human rights; aviation disasters; and wrongful death. Motley Rice is headquartered in Mt. Pleasant, S.C., and has additional offices in Connecticut; Louisiana; Washington, D.C.; New York; Missouri; Rhode Island; and West Virginia. For more information, contact Motley Rice attorneys Anne McGinness Kearse (DC, SC, WV) and Kevin Dean (GA, MS, SC) at1.800.768.4026 or visit www.motleyrice.com. Connect with us on Facebook, LinkedIn, and Twitter.