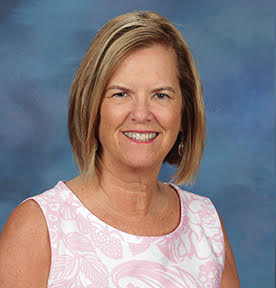 Culminating a 46-year career in education, Deerfield Elementary School Principal Janet (Jan) H. Malone announces her retirement at the end of the 2021–22 school year. Malone has led DES since the school opened in 2014.

Under her leadership, DES was named a Leadership Lighthouse School in 2018 and became the only elementary school in the United States named a PASCH School through the Goethe-Institut, launched by Germany’s Federal Foreign Office to broaden multilingual education. DES is a German-immersion school.

Of her career and retirement, Superintendent Dr. Greg Little said, “Few people have given as much of themselves to educating children as Jan Malone. For more than 4 decades, she taught countless students, served their families, led and mentored educators, and dedicated herself to our community. I appreciate the depth of experience she shared with our district. She will be missed, but she deserves to enjoy a wonderful retirement after such a fulfilling career.”

Malone, who joined Lexington County School District One in 2005, served as principal of White Knoll Elementary School for 9 years before moving to DES.

She began her career in 1976 as a teacher at Sloan Academy. In 1977, she began teaching at Wildewood School and continued there as a teacher and director of the afterschool program as the school transitioned to St. John Neumann Catholic School. She became assistant principal there in 1990.