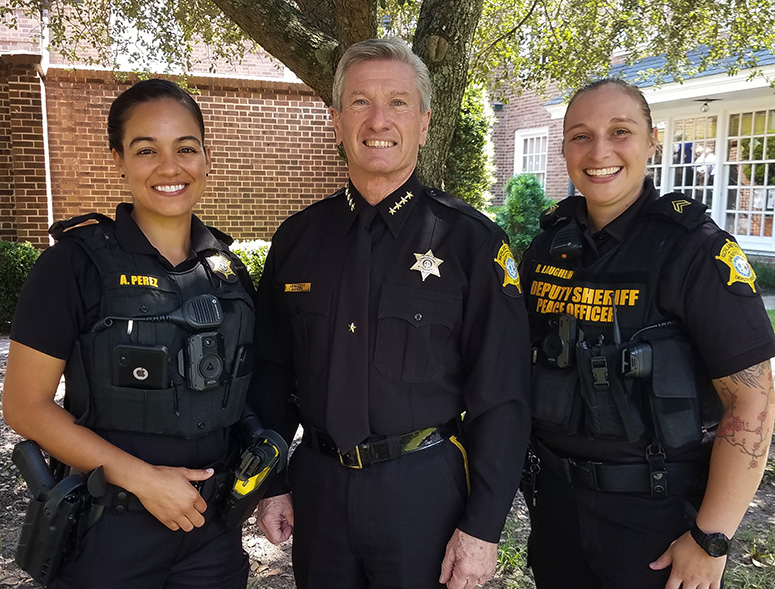 Like all of the recipients, RCSD Sergeant Rachael Laughlin and Master Deputy Adelyn “Addy” Perez were praised for their “tireless and selfless service” to the community, receiving the awards from former S.C. Rep. Lloyd Hendricks.

Richland County Sheriff Leon Lott, who was also in attendance, said the Eastminster Servant Leadership Award is “quite aptly” named.

“Sgt. Laughlin and Master Deputy Perez are perfect examples of the kind of courage, commitment, and selflessness we are fortunate to have here among our law enforcement officers in South Carolina,” said Lott, following the ceremony. “Both of them represent the best of our department, the state, and the nation as do the other recipients to their respective agencies and beyond.”

The awards which honored local first responders, were part of the church’s 20th-anniversary commemoration of the terrorist attacks of 9/11. Each recipient received $1,000 from the church with Servant Leadership plaques forthcoming.