Homes perch on rock piers in a forgotten land called Abandonment, but as that old Elton John song goes, they’re still standing. Now modern homes with closed-in crawl spaces look more together, but they deny kids fun. You see yesteryear’s dusty crawl spaces served as a playground. I’d get on my knees and crawl around looking for doodlebugs, saying, “Doodlebug, doodlebug, your house is on fire” while twisting a grass stem in the ant lion’s sandy pit. Sometimes it would pop up thinking an ant dinner had arrived.

Doodlebugs got my sister, Brenda, and me in trouble. We had crawled under the church near Dad’s saw shop looking for doodlebugs. Dad gave us a big-time scolding for that. Kids needn’t worry today. Doodling in the dust beneath that church is impossible. Its crawl space is bricked in, as are most homes and buildings.

If you played this game you grew up before crawl spaces shut away doodling in the dust. I rarely see doodlebugs (ant lions) anymore. Bet you don’t either. Open crawl spaces worked fine until air conditioning created condensation on floor joists, insulation, pipes, and ducts. The condensation during summer led to wood rot, mold, and termites.

Closed-in crawl spaces better insulate homes but they trap moisture. Doodlebugs need dry and dusty sand. So, did doodlebugs give way to bricked-in crawl spaces and air conditioning? Did termites replace doodlebugs? I turned to a friend, Garry Burns, who understands the complexities of modern home construction. Garry has a deep background in architecture and construction, and he said controlling moisture is always an issue with homes, especially in the humid South. Insulation is key. 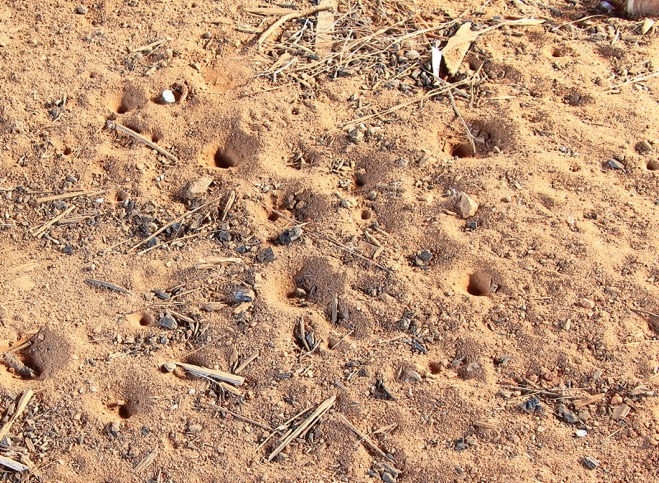 “Back in the 1970s,” Garry said, “builders made homes and offices too airtight, and it led to problems.” One problem was the entrapment of gases venting from upholstery and furniture. Newton’s third law came into effect. “For every action, there is an equal and opposite reaction.” Ventilation is not insulation’s friend but it’s good as doodlebugs and termites go. I ran into Michael Bedenbaugh, the executive director of Preservation South Carolina, at a house of the 1700s. I asked him why it had never suffered termites. “No crawlspace.” Seems the dark moist crawl space provides a haven for termites. Hence, we need vapor barriers and termite letters.

Old abandoned homes? Like I said, they’re still standing, and if you know of one take some kids there so they can see doodlebugs in action, for change marches on and today’s kids can’t trick the vicious doodlebug into launching its jaw-snatching, venom-filled attack. Closed-in crawl spaces see to that, and even if doodlebugs tolerated crawl spaces, few kids would wriggle into a dark, spooky place, nor would ants. Termites, however, will.

Sometimes you can’t win for losing. And losing a pastime is what’s going on here. So, kids devote what was once doodlebug time to playing on your phone. Maybe someone will develop a doodlebug app that simulates the real thing, but be prepared. The doodlebug is not pretty. In fact it’s downright scary with its monstrous alien look and menacing jaws. Just be glad it’s quite small.