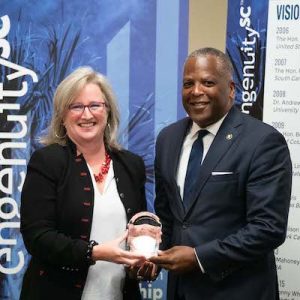 “As a founding co-chair of EngenuitySC, one of the early leaders in regional cooperation and competitiveness, Mayor Benjamin has embodied the mission of increasing the livability and economic viability of our region,” says Mayor Partin. “His leadership, starting from when he was first elected in 2010, has positively impacted not only Columbia, but the entire region. Along with a board governed by the highest-ranking regional leaders in education, government, and business, he has been committed to advancing progress through partnerships and leaves a lasting legacy for us all.” 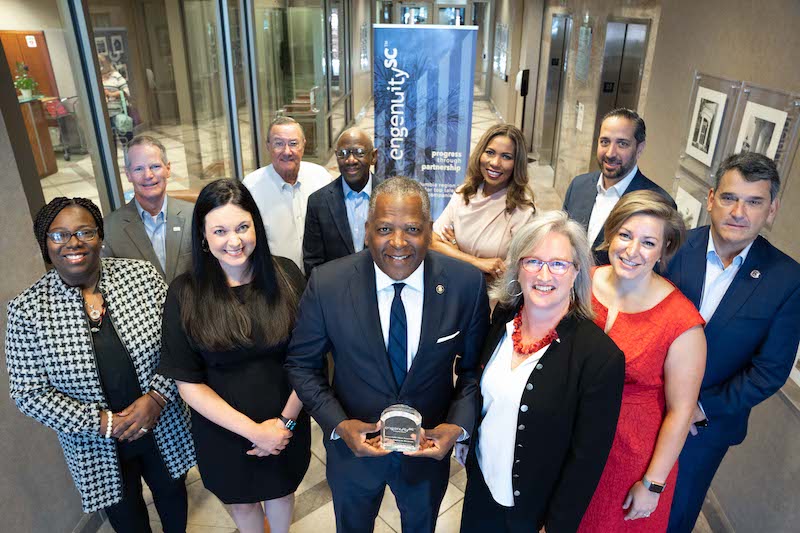 During his tenure as Columbia mayor, Benjamin has served as the President of the U.S. Conference of Mayors; Executive Chairman of Municipal Bonds for America; Co-Chair of the Mayors for 100% Clean Energy campaign; and African-American Mayors Association President. He launched local initiatives like the rebirth of Main Street, introduced the “Justice for All” initiative in 2014, contributed substantial work on behalf of My Brother’s Keeper, and much more.

Benjamin was elected the 36th mayor of Columbia in 2010 and is currently serving his third term. He is the first African American mayor in the city’s history. Before serving as mayor, he worked in the Columbia metropolitan area as an attorney and served on various charitable organizations. He graduated from the University of South Carolina in 1991 and the University of South Carolina School of Law in 1994.

Past recipients of EngenuitySC’s Vision Award:

The Vision Award is presented annually by EngenuitySC’s board, many of whom were present for the recent award presentation. EngenuitySC board members include the following:

Governed by high-ranking regional leaders in education, government and business, EngenuitySC is a nonprofit that works to make the Columbia, S.C., region a standout choice for top talent and competitive companies. Structured as a neutral and independent project management team, EngenuitySC is known for achieving progress through partnerships using a unique, highly effective process. Whether it is equipping K-12 students with career-ready skills, elevating quality of life with the Midlands Business Leadership Group, or producing the Competitiveness Series and the annual Midlands Regional Competitiveness Report, EngenuitySC is a trusted force, working behind the scenes to build a community cultivated for living, working, playing and learning. Learn more at www.engenuitysc.com.