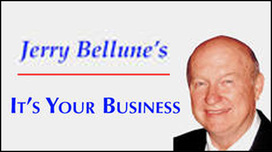 In national publishing, his customers and prospects were advertising buyers, marketers and their bosses.

They wanted to know the numbers.

Who and how many read your publication? Where do they live and what kinds of buying decisions do they make?

How much money do they spend on our kind of products and services? How can you prove the accuracy of your claims?

You had to be able to convince them you were telling the truth because their jobs were on the line if they made bad buys.

They wanted a 5-to-1 return on investment or better or they would spend their ad budget with your competitors.

His wife, in contrast, took an entirely different approach. Sure, she knew the numbers and could share them. But she set out to build a relationship of respect, trust, even affection. She knew owners and managers bought with emotion. They have to like you, trust you, believe in you.

The super salesman said his wife took their worst territory and turned it into their biggest revenue producer.

Have you prepared your people with numbers, testimonials and other proof for their prospects? And do they have the personalities to win the prospects’ confidence, trust and maybe even affection?

We share such field-tested ideas and strategies in our book “Uncover Your Inner Sales Genius.” For your free digital copy, go to JerryBellune.com.