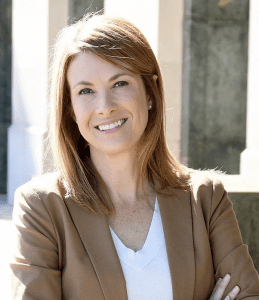 Cindy Crick has prosecuted a wide range of criminal cases from domestic violence to capital murder; she has worked with almost every level and agency of state and federal government; and she has worked with schools, universities and companies to investigate potential wrongdoing and identify compliance issues.

Cindy earned a bachelor’s degree from Hollins University in Roanoke, Virginia and a law degree from the University of South Carolina School of Law. After law school, she took a job with the Seventh Circuit Solicitor’s Office in Spartanburg, SC. While there, she was chosen to spearhead the Violence Against Women Unit. For eight years, she prosecuted domestic violence cases, sexual assaults, homicides, and co-prosecuted a death penalty case.
​
In 2010, Cindy made the jump to the federal world and served as Chief of Staff for Representative Trey Gowdy. She managed three offices in Greenville, Spartanburg and Washington, D.C., and acted as a liaison between constituents and various federal agencies and Congressional committees.

In 2020, after sixteen years of public service and a year and a half in private practice, Cindy started her own firm with a focus on Title IX/student conduct issues, investigations, and criminal law.