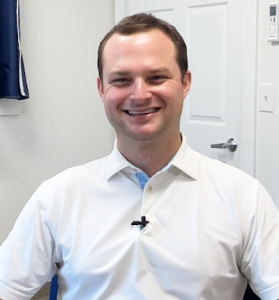 We would like to thank our sponsors of this video series:

When Max Berry, Wes Lyon and Katie Lyon searched for a high-quality American flag to fly at their homes, they all soon encountered the exact same problem – finding a high-quality American flag that was made in the USA. Purchases from Amazon and big box stores resulted in flags that quickly deteriorated and were often made overseas. Domestically made flags were often mass-produced with low quality materials. Frustrated, they decided to take matters into their own hands, launching Allegiance Flag Supply in Charleston, SC in 2018.

After a slow start, business began to pick up – a lot! The company has had to move into larger facilities several times and will do so again in 2022. After initially sourcing flags from contractors, they made the decision bring the manufacturing of the flags in house. This has resulted in improved quality of the flags and, importantly, jobs for local seamstresses and a resurgence in American textile manufacturing.

They hire veterans and they hire wives of American servicemen.

It’s just a great all round story about American entrepreneurship. It’s little longer than usual, but we think it’s worth it.

Below is our full conversation with Max Berry on SoundCloud. You can also listen to this podcast on Apple and Spotify. Just search for the WhosOnTheMove SC podcast, and please consider subscribing.